#BringBackOurGirls: Has The World Forgotten About The Chibok Girls? 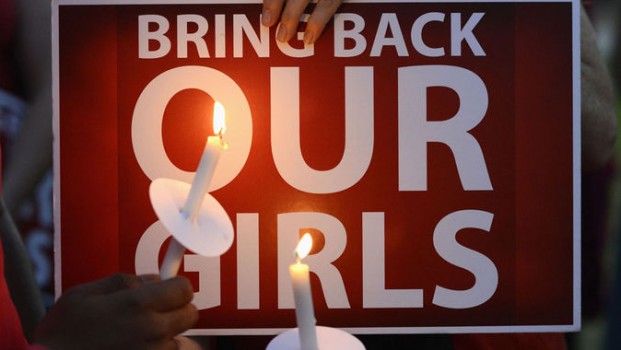 A year has passed. A new president has been voted in Nigeria. But for families, relatives and friends  of the 276 girls kidnapped by the Boko Haram in the Northern town of Chibok the last 12 months have been agonizing.

In a fast paced social media, the hashtag #BringBackOurGirls burnt out a long time ago as Nigeria and the world move on to other “interesting” happenings elsewhere, like the presidential win by opposition candidate Muhammadu Buhari in Nigeria and falling oil prices globally.

“This crime has rightly caused outrage both in Nigeria and across the world,” Nigeria’s President-elect, Buhari, said at the one-year anniversary for the ‘Chibok girls’ on Tuesday.

But “we do not know if the Chibok girls can be rescued. Their whereabouts remain unknown. As much as I wish to, I cannot promise that we can find them,” he added.

On the fateful day of April 14, 2014, Boko Haram, an Islamist militia group seeking to install Sharia laws in Northern Nigeria, attacked Chibok, a rural town in northeastern part of the country, just before midnight.

The militants rounded up 276 girls in a nearby boarding school and disappeared with them into Sambisa forest. To date, not a single girl has been rescued. Testimonies of those who managed to escape are nothing but chilling: repeated rape, married against their will and forced to fight.

Since the kidnapping, Boko Haram has killed over 4,000 people and abducted more others, while waging a wave of bomb attacks in the northern part of the country. Amnesty International estimates that the Chibok girls are just a tip of the 2,000 women and children snatched by the group in 2014.

“We cannot imagine the full extent of the horrors you have endured. But please know this: We will never forget you,” Malala Yousafzai, the 17-year-old Pakistani girl who was shot in the face for speaking out in favor of girls’ education, said in a message to the kidnapped girls.