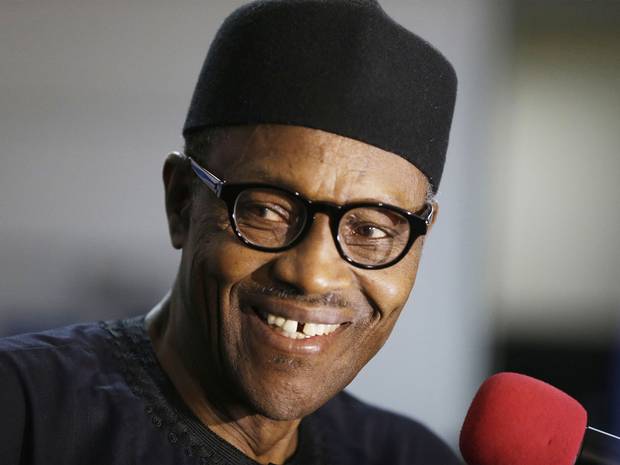 Nigeria’s newly elected leader, Muhammadu Buhari, pledged to “spare no effort” taking on Boko Haram as he began preparing to take office as president next month.

“Boko Haram will soon know the strength of our collective will,” declared the one-time military dictator. His promise to wipe out the jihadists who have terrorised the north of the country played a big part in his defeat of President Goodluck Jonathan at the weekend. “We should spare no effort in tackling the insurgency – we have a tough and urgent job to do,” he said in his first post-election address.

In cities throughout Nigeria, supporters of Mr Buhari’s All Progressives Congress (APC) took to the streets till the early morning after the final results were declared – putting him 2.5 million votes ahead of his rival. People drank and danced as fireworks were set off in celebration of a remarkable victory.

The APC won huge support across Nigeria’s ethnically divided society, and the success of Mr Buhari’s “Vote for Change” has exhilarated a nation worn down by corruption and security threats.

Supporters of Muhammadu Buhari celebrate in Kano following his election win (AP)
Mr Buhari praised President Jonathan for so quickly acknowledging defeat. It was the first time in Nigerian history that a president has handed power to the opposition, a sign of deepening democracy in a nation experiencing a seismic political shift.

“President Jonathan was a worthy opponent and I extend the hand of fellowship to him,” Mr Buhari said. “A new day and a new Nigeria are upon us.”

Supporters of Mr Jonathan’s People’s Democratic Party (PDP) were accepting defeat calmly, confounding fears that the election result could kindle violence. Mr Jonathan’s swift acknowledgement of Mr Buhari’s victory has altered the legacy of an otherwise beleaguered President, and many of his supporters were proud that his response had shown the country in a positive light. “Goodluck, I respect you. You have shown you are a man of peace and we won’t forget this,” said Amaka, a PDP activist.

After five years of war against the Islamists, many Nigerian’s believe the end is now in sight. “I sense a certain sun rising, a certain light shining and a certain darkness lifting,” said Pelo, a Buhari supporter, as he began his journey home after the night’s revelry in Lagos, the country’s largest city.

Mr Buhari, a Muslim whose support is strongest in the north of the country, now has a seven-week wait before his inauguration ceremony on 29 May in Abuja, the federal capital. The outgoing President and his entourage will slowly vacate the palace and, in keeping with unofficial tradition, a Muslim spiritualist will pray on the land and cleanse the grounds before Mr Buhari takes up residence.

Muhammadu Buhari praised Goodluck Jonathan, pictured, for quickly acknowledging defeat (AP)
While Mr Jonathan prepares to leave office, he is expected to subdue any irresponsible politicking attempted by PDP officials. Politics is big business in Nigeria – its legislators are among the highest paid in the world – and some PDP politicians may be reluctant to relinquish power. Mr Jonathan is likely to quell dissent within his party as he leaves government. “Nobody’s ambition is worth the blood of any Nigerian. The unity, stability and progress of our dear country is more important than anything else,” he said.

Mr Buhari inherits severe economic problems. High unemployment among a young population must be addressed, as must the rampant corruption that is holding back economic and social progress – and which Mr Buhari promised to tackle.

When he was last President – from 1983 to 1985 – he imposed draconian punishments on state officials found guilty of corrupt practices. His uncompromising stance resulted in him being deposed in a coup.

If Mr Buhari, now billing himself as a born-again democrat, employs these same hard tactics again he is certain to upset many opposition politicians implicated in years of theft. If he succeeds in stamping out corruption, he can provide a much-needed boost to a faltering economy. “We will use the monies realised by preventing corruption to encourage industrialisation of the country, thereby creating jobs and wealth,” he said.

Chad’s army said its forces had killed hundreds of Boko Haram militants and lost nine of its own troops in clashes in northern Nigeria today.

Soldiers from Chad and Niger drove the insurgents from Malam Fatori, one of Boko Haram’s last major footholds near Nigeria’s border with Niger, earlier this week. “There was fighting and we recorded nine dead… There were hundreds of dead on Boko Haram’s side,” a spokesman said.