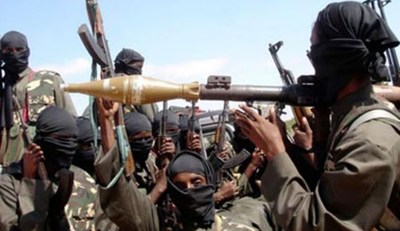 Suspected members of the dreaded Boko Haram this morning launched an attack on a military checkpoint near the Army Barracks in Biu Local Government Area of Borno state.

Biu is the second largest council area in Borno State and is about 185 kilometres south of Maiduguri.

Residents and sources said, the insurgents. came through the Garkida-Yimirshika-Biu road and attempted to invade the Military barracks situated along the road before military operatives engaged them in gun battle.

Although, no one can ascertain whether there are casualties,people in communities around the Biu Emirates have started fleeing the area.

Sources attached to the 7 Division, Nigerian Army in Maiduguri confirmed the incident but said the military are on top of the situation.