Boko Haram militants ‘spare nobody’ in slaughter of entire village 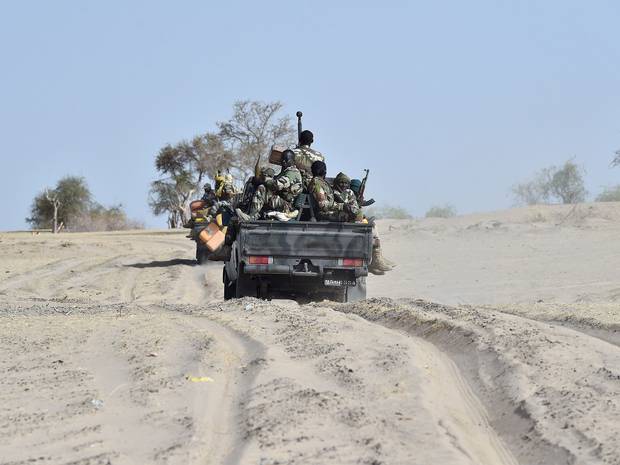 Suspected Boko Haram militants “spared nobody” as they wiped out two villages in two days.

A group of more than 50 gunmen reportedly attacked the village of Kukawa on Wednesday evening, where they shot 97 people dead. Women and children are thought to be among the victims.

The day before, militants also attacked villages around nearby Monguno. Eyewitnesses said that gunmen attacked Muslim residents after they finished prayers at a mosque, leaving 48 men dead.

“They… opened fire on the worshippers who were mostly men and young children,” the BBC reported eyewitness Babami Alhaji as telling AFP about the Kukawa massacre on Wednesday.

“They spared nobody. In fact, while some of the terrorists waited and set most of the corpses on fire, others proceeded to houses and shot indiscriminately at women who were preparing food,” he said.

An unnamed Monguno resident who witnessed the mosque attack told the BBC that he saw the building burning.

“They were praying in the mosque when Boko Haram attackers descended on the village. They waited till they finished the prayers. They gathered them in one place, separated men from women and opened fire on them,” he said.

“Many died, some escaped. They then set the village on fire. I saw five victims with bullet wounds who managed to escape. They were brought to [Monguno] on wheelbarrows, before they were transferred to vehicles that took them to hospitals.”

Meaning “Western education is forbidden”, Boko Haram fighters have been working their way across Nigeria massacring and abducting since 2009. Amnesty International figures state at least 17,000 people have been killed by the group so far.