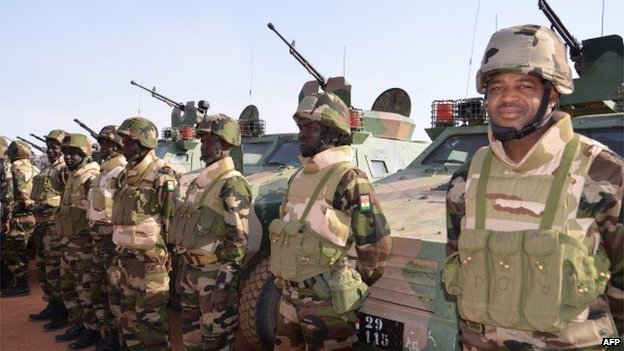 Niger’s parliament has voted to send troops to Nigeria to join the fight against militant Islamist group Boko Haram.

The vote took place after Boko Haram attacked a prison and detonated a car bomb on Monday in the town of Diffa, near Niger’s border with Nigeria.

The Boko Haram has increasingly drawn in Nigeria’s neighbours.

On Saturday Nigeria, Cameroon, Chad, Niger and Benin agreed to establish a 7,800-strong force to fight the group.

Boko Haram launched its first attacks in Niger last week, and has vowed to create an Islamic state.

“All the Nigeriens know that these guys are not Muslims. On the contrary, what they are doing is not helping Islam,” he said. 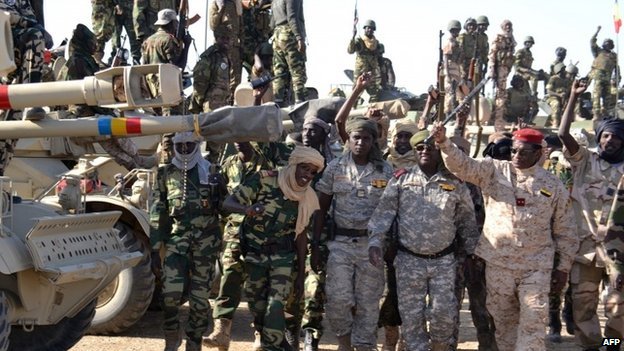 C
had has already deployed troops to Nigeria 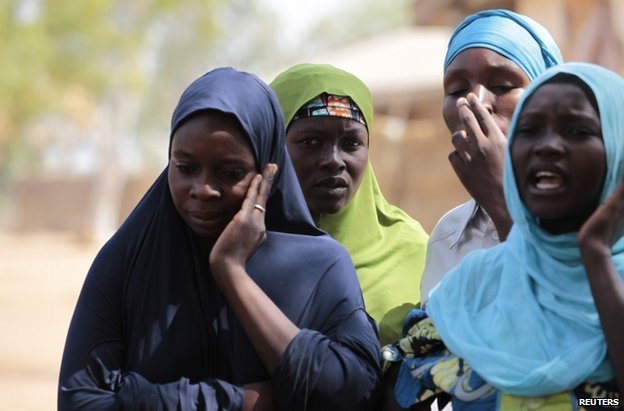 The conflict is said to have displaced at least 3.2 million people in Nigeria

The BBC’s Baro Arzika in the capital, Niamey, says many people are concerned about the growing threat posed by Boko Haram.

The authorities have imposed an overnight curfew in Diffa and have banned the use of motorcycles, a common mode of transport, to prevent infiltration by the militants, he says.

A journalist in Diffa told AFP news agency that at least one person was killed and 15 wounded in Monday’s bomb blast at a market. 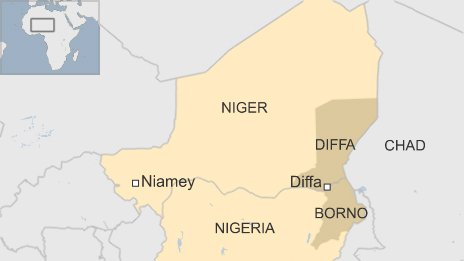 The bus was seized near the border area of Koza and driven towards the border with Nigeria, some 18km (11 miles) away, a resident told the Associated Press news agency.

The conflict has forced a postponement of Nigeria’s presidential and parliamentary elections from 14 February to 28 March.

At least 3.2 million people have been displaced by the insurgency, launched in north-eastern Nigeria in 2009, Nigerian officials say.