Chad’s deepening involvement shows how the conflict with Boko Haram is taking a regional dimension.

Last week, Chadian troops reportedly moved into Malumfatori, a Nigerian town which lies near the borders of Chad and Niger, after a ground and air assault against the militants.

Chadian forces have also massed near the town of Diffa in Niger, Reuters news agency quotes military sources in Niger as saying. 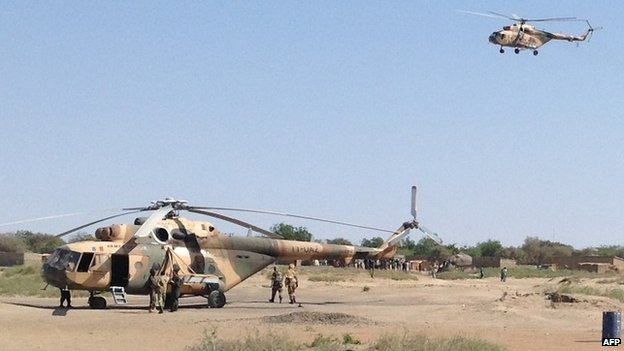 Chad has carried out air strikes from Cameroon 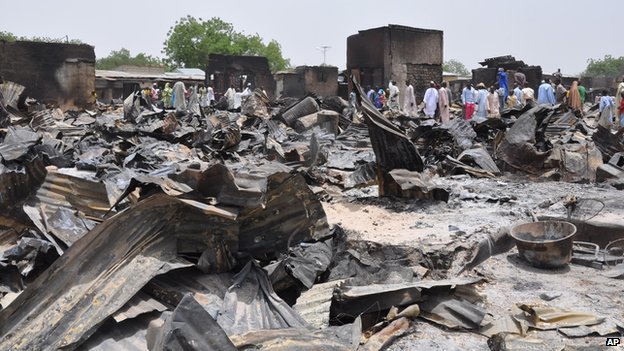 The militants destroyed Gamboru’s market during an assault last year

The African Union has responded by backing plans to establish a 7,500-strong regional force to fight the group.

The Chadian contingent of about 2,000 troops crossed the frontier without a shot being fired, AFP news agency reports from the scene.

Chad warplanes had earlier carried out air strikes for about an hour.

“We should expect more cooperation, more collaboration and more coordination,” he said. 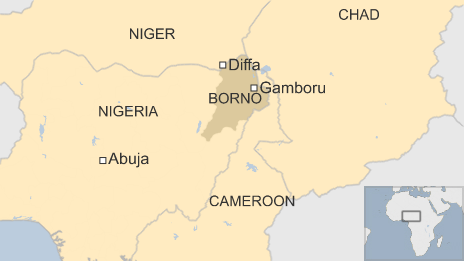 Chadian military sources told Reuters that their troops had clashed with the militants in Gamboru, a small town separated from Cameroon by a river and used by the militants to launch cross-border raids.

“Our troops entered Nigeria this morning. The combat is ongoing,” it quotes a source as saying.

Most of its residents had fled after Boko Haram seized it last year,destroying most of the town and killing hundreds of people.

Nigeria’s military has been widely criticised for failing to curb the six-year insurgency, which has displaced some 1.5 million people.

It is under increasing pressure to regain territory ahead of the 14 February presidential election, amid concerns that the insurgency will prevent many Nigerians in the north-east from voting.

In April, it caused international outrage by abducting more than 200 schoolgirls from the north-eastern town of Chibok in Nigeria’s Borno State.