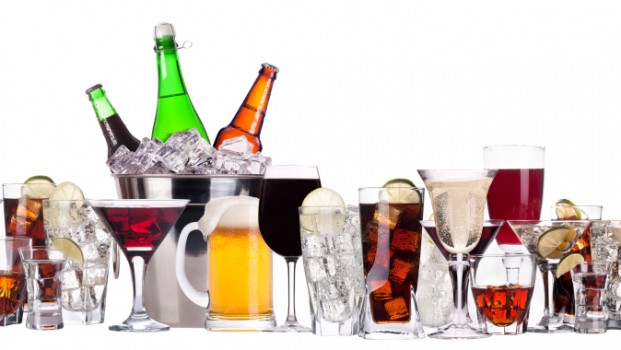 Whether your preference is beer, wine, or spirits, many of us are no stranger to kicking back with a drink or two (or three, or four…). But when you add all of the bar-goers together, it comes back with some seriously astounding numbers on the amount of alcohol consumed each year. Based on the World Health Organization’s 2011 Global Status Report on Alcohol and Health, the following African countries reported the highest annual alcohol consumption on the continent, measured by the amount of pure ethyl alcohol consumed per capita per year in people age 15 or more – since, you know, kids aren’t supposed to be hitting the bottle quite yet.

Liberia was founded by the United States but is inhabited by native Africans. In liberia beer accounts for 10.8% of alcohol consumption and wine accounts for 1%. 88.1% is from spirits and 0% from other types of alcohol. Liberians drink a local lager named Club and a lot of palm wine.

In Ghana, wine makes up for 30% of alcohol consumption and beer makes up 9.7%. 2.9% comes from spirits and 57.3% comes from other types of alcohol. The Ghanaians drink a lot of palm wine, including a distilled variety they take as shots.

The island country of Seychelles does 67% of its drinking through beer, and 22.2% through wine. 10.8% of consumption is from spirits and 0% comes from other types of alcohol. A popular Seychelles drink is called Coco D’Amour and it is a coconut liqueur. Seychelles locals also like palm wine.

In Zimbabwe, 23.7% of alcohol consumption comes from wine and 1.7% from beer. 6.8% of consumption is from spirits and 67.7% comes from other types of alcohol. Whawha is a popular beer in Zimbabwe made of maize, but in hotels you can find imported spirits, wine and other beers.

In Angola, beer makes up 64.3%  of alcohol consumption and wine makes up 13.7%. 17.4% comes from spirits and 4.7% comes from other types of alcohol. Angolans make several homemade spirits like capatica made from bananas, caporoto made from maize and maluva, sometimes called palm wine.

As a former German and French colony, Cameroonians tend to drink more foreign beer than local, and 44% of the total alcohol consumption comes from beer. With wine and spirits making up 1% or less of consumption, most Cameroonians turn to the “other” category. That is drinks made of one of several “other” alcoholic beverages such as fermented sorgum, corn, millet, rice, cider, fruit wine, fortified wine, and such.

Botswana also has a lot of alcohol consumption – 42% – coming from the “other” category. But its beer consumption is even higher, making up 57% of the total. This may be due to the high consumption of Botswana’s national beer, St Louis, though many (locals and visitors alike) say that St. Louis is worse than the cheapest light beers found elsewhere in the world. Many opt for beer imports from nearby South Africa or Namibia instead.

The favored alcoholic drink of choice for Gabonians is clear. While 10% and 22% of alcohol consumption in Gabon comes from wine and spirits respectively, 68% comes from beer. The cheapest and most popular beer in Gabon is Regab, costing from $0.70 to $2, and the lack of tax on any alcoholic beverages makes it easy to import from abroad.

In such a big country, it’s no surprise there’s a wider break-up of preferred beverage choice: 56% of consumption comes from beer, while 17%, 16%, and 11% come from wine, spirits, and “other” respectively. The most popular beer brands are Castle and Black Label, but the country’s extensive wine vineyards, particularly in Stellenbosch and the Western Cape, produce some of the world’s most popular wines as well.

Narrowly beating out South Africa, drinkers in Burundi overwhelmingly prefer “other” drinks, which make up 81% of consumption. Beer, by comparison, makes up 19% of alcohol consumption and wine and spirits barely make a showing. The most famous drink in the Burundi is urwarwa or banana wine, produced in the traditional method and consumed most often during festivals and special occasions.

Like its South African neighbor, Namibia has a wide break-down of favorite drinks, but beer carries the most weight with 67% of alcohol consumption. Spirits make up 20%, wine makes up 7% and “other” chips in at 6%. The country’s flagship beer, Windhoek Lager, is popular across the country and surrounding region, and is similar to many lighter German beers (not surprising, given the colonial history).

While just 7% of Sierra Leone’s alcohol consumption comes from beer, the national brewer Sierra Leone Breweries Ltd. is responsible for producing the popular Star beer that is widely consumed. But it is poyo, a local brewed palm wine, that is the nation’s favorite adult beverage, and can be drunk directly from the tree or fermented a bit longer for a stronger fix.

Just 8% of alcohol consumption comes from beer in Rwanda, despite the popular Turbo King, Primus, and Amstel brands being widely available. The other 92 percent is largely from homemade drinks such as the banana beer, urgwagwa, and the fermented honey drink, ubuki. Ikigage, made from dry sorghum, is also common in Rwanda.

Ahead of the pack by a long shot is Uganda with 11.93 liters of alcohol consumed each year. Just 4% of consumption comes from beer and 2% from wine, with the “other” category a resounding winner at 94% of consumption. The generic term for domestically distilled beverages in Uganda is waragi, but this can cover a wide variety of drinks: pombe and lubisi, or locally made banana or millet beer, tonto, a traditionally fermented drink made from bananas, banana wine, and many more.

No. 1 in Africa for alcohol consumption is Nigeria. Beer makes up just 6% of alcohol consumption, while “other” drinks make up 94% due to the high popularity of home-brewed beverages. Religious lawmakers are making it more difficult and expensive to produce and sell alcohol in the country. Known as Nigeria’s homebrew, ogogoro is an extremely alcoholic drink . It has 30%-to-60% ethyl alcohol content, depending on how it’s made, and is produced from the juice of raffia palm trees.