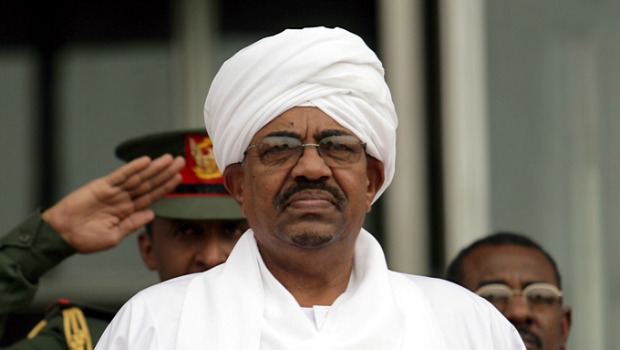 Sudan’s President Omar Al-Bashir, 71, found himself in a tight spot on Sunday after a South African High Court ordered the government to detained him in the country where he was attending an African Union summit meeting in Johannesburg.

The Sudanese President, who took office in 1989 through a military coup, is the only head of state in the world wanted by the Hague-based International Criminal Court (ICC) on genocide, war crimes and crimes against humanity charges committed during the Darfur conflict.

The conflict, which started in February 2003 when the Sudan Liberation Movement and Justice and Equality Movement rebel groups took up arms against Bashir’s government, has killed over 300,000 people and displaced more than 1.4 million people, according to the United Nations.

A warrant of Arrest was issued by the ICC against the Sudanese President in 2009 and 2010 and has remained in place since.

President Bashir has spent the last half a decade looking over his shoulder, avoiding countries he deemed risky and only visiting African countries he saw as friendly due to their hostile stance against the ICC.

In some cases he has had to leave in a huff after visiting other African Nations like his trip to Nigeria in 2013.

His decision to attend the AU Summit in Johannesburg turned out to be another misstep in his cat-and-mouse game with the Hague-based court.

After being properly welcomed by South African officials when he arrived in Johannesburg on Saturday, the High Court issued an interim order preventing him from leaving until an urgent application by a civil society group to force authorities to arrest him was heard on Monday.

But in defiance, Bashir left South Africa a few hours before the court gave a ruling that the government needed to arrest him and hand him over to the ICC.

The South African ANC government, which is signed up to the court, has however said all AU delegates had been granted immunity “as part of the international norms for countries hosting such gathering of the AU or even the United Nations”.

This clearly indicates that President Bashir was unlikely to be arrested.

According to BBC News, the ANC also said the ICC was “no longer useful for the purposes for which it was intended”.

The ICC, in a statement over the weekend, called on South Africa to “spare no effort in ensuring the execution of the [two] arrest warrants” against Bashir.

The AU Johannesburg summit, chaired by Zimbabwean President Robert Mugabe and themed ‘Women’s Empowerment and Development’, that also looked to address the crisis on Burundi and South Sudan ended up being shadowed by the Bashir saga.

As widely expected, the South African High Court ruled that the country has an obligation to arrest Bashir, but that didn’t happen since by the time the ruling came out Bashir was landing in Khartoum to cheers of his supporters.

If South Africa fails to arrest Bashir, then the credibility of its justice systems, which are considered the strongest in Africa, and law enforcement will fall among its international peers.