Are Attitudes Changing Towards Homosexuality In Africa? 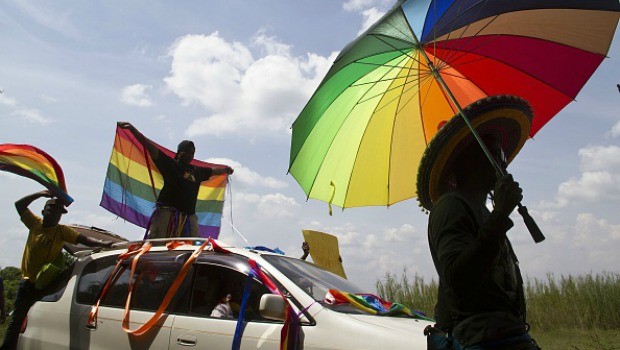 Until now, it has always been rejected on grounds that Kenya’s penal code criminalizes gay and lesbian associations.

But on April 24, Kenya’s high court ruled in favor of the gay community, arguing that refusing to register the organisation was an infringement of the constitutional rights of association for the LGBT community.

In the highly anticipated ruling the judges said that the law cannot be interpreted with a bias towards religion or the perceived moral standing of society. Kenya’s office of the attorney general and the NGO registration board had previously barred the LGBT community from forming a lawful organisation.

It’s considered a victory, albeit a small one for the community.
“It is these little victories that eventually count,” said Kenyan resident Patrick Murage.

Yet Murage believes the ruling, although a blessing, has also opened up debate in many parts of the country about homosexuality and fears that there may be backlash. “Now the gay community will be under an even larger microscope. The church is talking about us. Parliamentarians are talking about us. Even the deputy president is talking about us. None of these have nice things to say about us,” he says.

A 2013 survey by on Global Attitudes and Trends by the Pew Research Center revealed that 90 percent of Kenyans were against homosexuality. The survey goes on to say: “Publics in Africa and in predominantly Muslim countries remain among the least accepting of homosexuality. In sub-Saharan Africa, at least nine in 10 say they are opposed. In Nigeria (98 percent), Senegal (96 percent), Ghana (96 percent), Uganda (96 percent) and Kenya (90 percent) believe homosexuality should not be accepted by society.”

(South Africa is an exception. Same-sex marriage has been legal in South Africa since the Civil Union Act was passed Nov. 30, 2006. On June 26, 2015, the U.S. became the 21st and most populous country in the world to legalize same-sex marriage.)

“But the numbers are changing (in Kenya),” said Dennis Nzioka, LGBTI activist in Nairobi. “Increasingly, our members are getting spaces, particularly in urban centers, where they can associate freely but of course with some bit of judging from society,” he says.