An African migrant’s story: ‘Libya is too dangerous’ 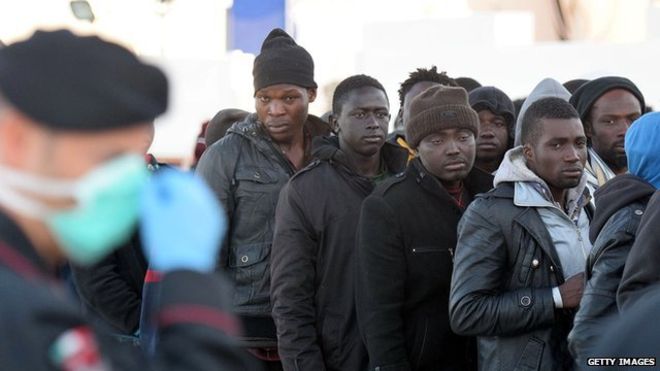 The European Union has set out measures to try to ease the migrant crisis in the Mediterranean which has claimed hundreds of lives over the past few days alone.

Here, one African migrant, Gassama, describes his long journey from The Gambia through Libya to Europe and how he is now trying to dissuade others from making the hazardous trip.

I made the crossing from Libya to Sicily last November, after several attempts.

I am from The Gambia and had been trying to get to Europe since I left home, originally in 2009.

I travelled through Senegal to Mali and on to Libya, working along the way when I could find jobs and trying to save money for the trip. I worked loading trucks and any other jobs I could get.

Once I eventually got to Libya, it was very hard.

It was difficult to find work there. I was also arrested three times and taken to five different prisons. I had to pay each time to get out of prison.

I also had to pay a few different people to try to get on one of the boats making the crossing to Italy.

The men that run these boats take people’s money, and put too many of them into the boats. That’s if you can get on to the boats. They take your money anyway.

The first attempt I made to cross on one of these boats from Tripoli failed. After two days in the water, we had to turn back.

After someone I knew helped me to raise the money, I eventually managed to get on another boat after paying 1,200 Libyan dinar ($870, £585).

There were far too many people on the boat, and it wasn’t safe. After a difficult journey across the Mediterranean, I managed to make it to Sicily.

From there, I eventually ended up in Milan.

It’s not easy here, with harassment and other problems, but I am so happy to have got across.

I have since set up a Facebook group to try to educate people who are trying to make the journey through Libya to Europe about just how difficult it is.

I have spoken to many people who have contacted me directly through my Facebook page and have so far got a good response.

I have tried to tell them not to come through Libya as it is too dangerous, and I will continue to do so.

They have every right to try to come to Europe, just like I did, but travelling through Libya is just too hazardous.

It is a desperate situation and has now become too dangerous.

There are people who will try to rob you and take your money just to get you on to these boats, which are overcrowded and not safe.