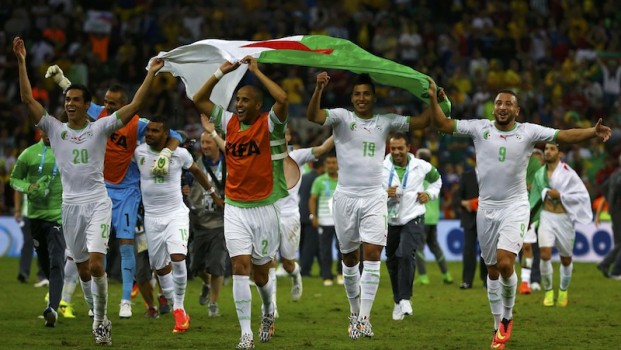 The May edition of the FIFA rankings have been released, and with less games than normal played throughout the last month, the rankings have not changed much since the April version.

The first 17 positions in the ranking remain the same as they were a month ago, while Algeria remains Africa’s best placed national team on the most recent edition of the list.

The Fennec Foxes find themselves in 2oth place overall, improving their ranking by a single place. The Elephants of Cote D’Ivoire place in 23rd spot, making the 2015 Africa Cup of Nations (AFCON) champions the second best side on the continent.

Ghana follow as the third highest African nation in 26th place, ahead of Tunisia in 30th, and Senegal in 36th position. Cape Verde and Guinea follow in 6th and 7th position from an African perspective.

The Super Eagles of Nigeria remain in 45th position overall, and are considered the eighth highest African side.

South Africa’s Bafana Bafana moved up a single spot in the ranking, from 60th to 59th place in the current list, positioning them as the 15th best nation in Africa.

Germany and Argentina are the top two sides in the ranking, while Belgium fill the third position. Colombia places in fourth, while Brazil is the fifth best nation on the planet according to the world football governing body. The next release of the FIFA ranking list will take place on June 4.