Airlines May Turn Away Travelers Heading To South Africa With Kids 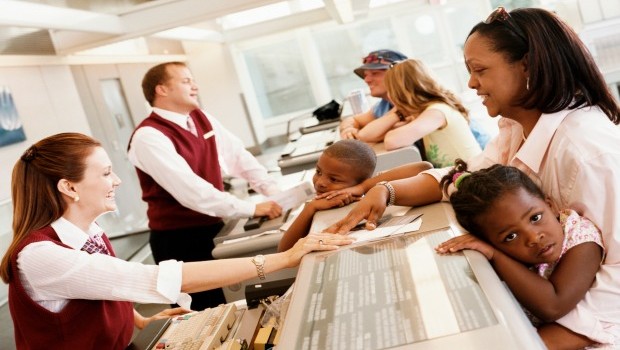 A new visa regulation by the South African government will force international airlines to turn away passenger travelling in and out of the nation accompanied by children. This, airlines say, will cost them financially.

From Monday next week foreign passenger travelling in and out of South Africa will be required to have unabridged birth certificate for the children travelling with them or have an affidavit signed by the children’s parents if the parents are not accompanying them.

Virgin Atlantic said it expected to suffer financially as a result of this regulation, which does not apply anywhere else in the world.

“Come 1 June, we will be in a position that we are likely to turn passengers away who don’t have the correct documentation on hand,” Virgin Atlantic country manager Liezl Gericke told Eye Witness News

“In the first instance, it’s absolute shock and horror. There is no country in the world that is going to implement this particular process,” she said, adding that the regulation was only fully announced last week.

Airlines have complained that the government did not do anything to inform travelers of the new regulations and has left the burden to airline staff to communicate to passengers, while still baring the cost of cancellations.

“They’ve assured us that airlines won’t be fined, but I can assure you that they will be. And then of course you have to put the passenger up in a hotel and fly them the next day,” Carla da Silva, acting head of the Board of Airline Representatives South Africa (Barsa), said.

South Africa’s Home Affairs Department, however, has remained adamant that the new requirement will come into effect on Monday. It says this regulation will deter human trafficking and make South Africa safer.