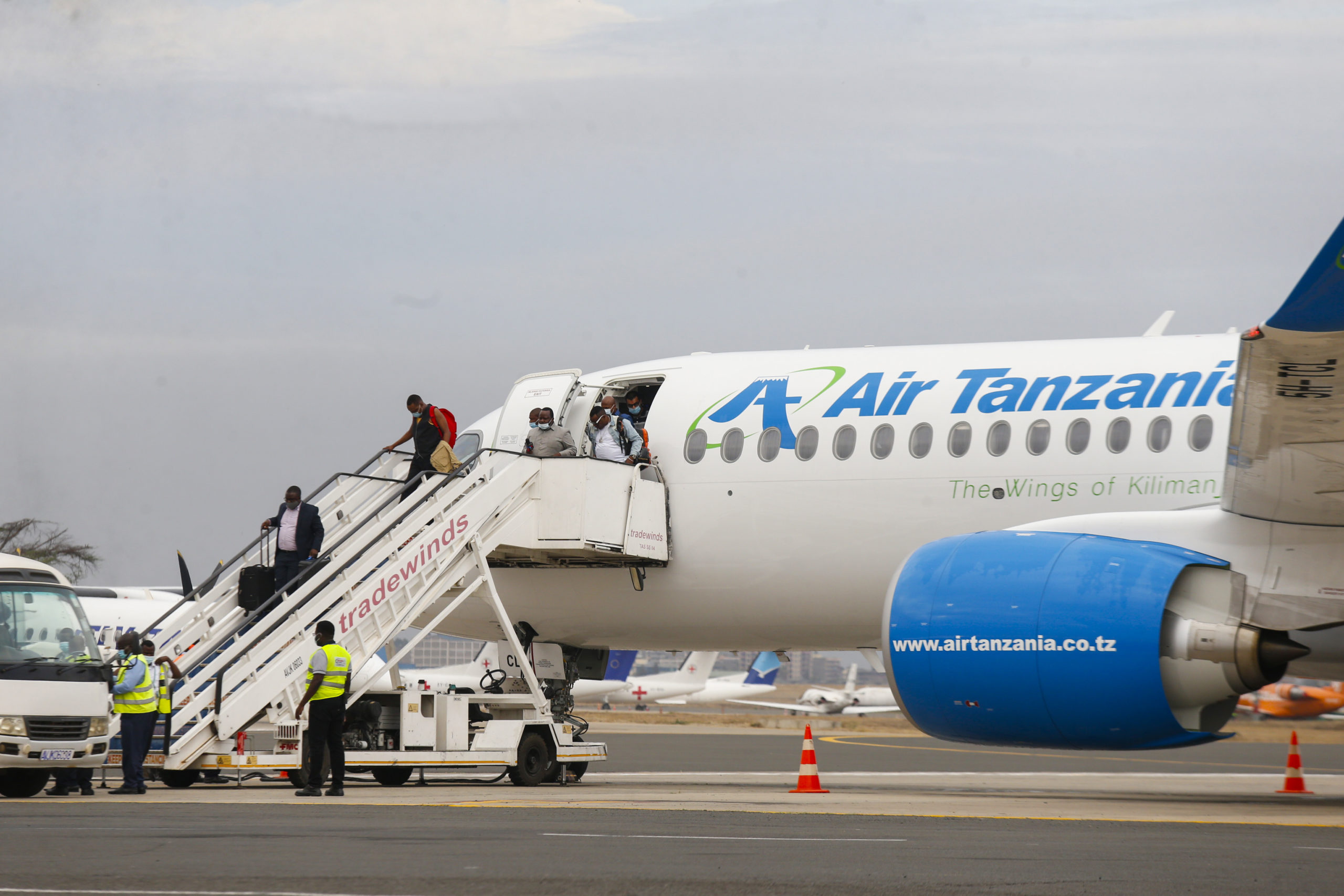 Tanzania’s national courier, Air Tanzania, has landed at the Jomo Kenyatta International Airport (JKIA) in Nairobi, after a 20-plus year hiatus. The airline will now make daily flights to and from Nairobi.

The arrival of the ultra-modern Airbus A220-300 marks the start of the carrier’s double-daily Dar es Salaam to Nairobi route, in line with its network expansion plans in Africa.

The return of this route has been prompted by improved bilateral relations, increased trade between the two countries, inter-governmental relations, tourism and extension of friendly ties.

Commenting on the return of Air Tanzania flights to Kenya, Eng. Ladislaus Matindi, the Managing Director and CEO of Air Tanzania stated, “We are extremely delighted to resume Nairobi route, which is one of the most significant destinations in East Africa and a key aviation hub as well. We at Air Tanzania are looking forward to bolstering the relations between Tanzania and Kenya, who have been trusted friends and sincere partners for decades, with this non-stop air service.”

Air Tanzania will fly the Airbus A220-300, a 132-seater with 12 business class seats and 120 economy class seats that is renowned for unrivaled comfort levels for aircraft in its category.

The airline will add Johannesburg (South Africa), Lagos (Nigeria), Accra (Ghana), and London (United Kingdom) to its destinations in the coming months.