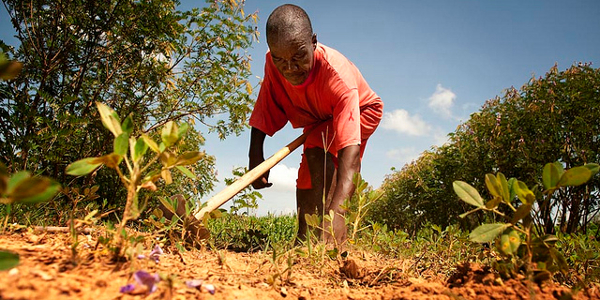 Across many emerging economies, rapid industrialisation and urbanisation is placing strains on the world’s food resources. For example, as the Chinese diet changes towards including more meat and moves towards parity (in calorific and compositional terms) with diets of developed countries, an area the size of the UK will need to be farmed, just to cope with the demand.

Developed markets are unlikely to provide the solution. There are no significant under-farmed areas to develop in these markets. Yields have been maximised, improvements will be marginal or, at the minimum, will take decades to make a material difference.

This presents a once-in-a-lifetime opportunity for Africa, where, as a recent PwC report outlines, the collapse in oil prices, a US$35bn continent-wide, structural food deficit and huge potential to lift output and productivity, have forced food security and agricultural development to the top of the political and economic agenda.

Richard Ferguson, agricultural adviser to PwC and author of the report, said:

“The world needs more food. China’s growing protein needs alone will require an area the size of the UK to grow the grains to support that consumption. And as more industrialising countries lose the ability to feed themselves, the world is going to look increasingly to Africa to be the solution.”

“Food security’s significance as a key geostrategic theme was confirmed in 2007-2008 when it emerged at the top of the international political agenda. Although food price inflation has receded in recent years, the underlying supply challenges remain demanding. And, across Africa, growing consumer demand, population growth and urbanisation will place significant strains on food resources. Now is the time for African governments to embrace this opportunity to drive food security and development goals in tandem.”