African Women In Tech: Must We Prove Ourselves Equals? 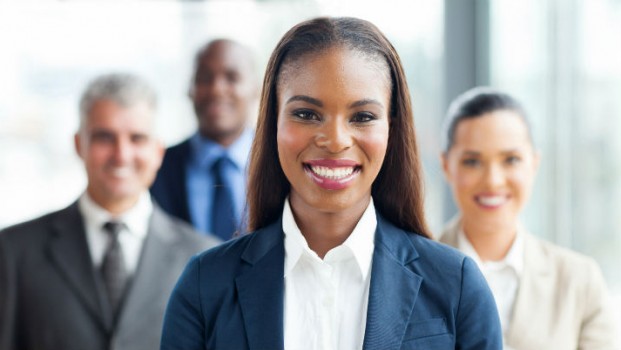 Njeri Wangari is an entrepreneur with a strong background in tech, but in spite of the success of her company AfroKidz she still feels like she must prove herself over and over again to her male compatriots.

Wangari’s company developed Safari Tales, an educational and entertainment app which has gained huge popularity and featured prominently in a number of startup competitions. Wangari says, however, that this has not afforded her a higher status, as she feels she is still forced to play catchup with men.

“The biggest challenge is proving oneself again and again. Although I don’t code, my background is in tech. Whenever I go for tech events or engage with developers, most feel like they can pull fast one or that I wouldn’t be able to understand the tech jargon,” she says.

In Wangari’s experience, software developers are the most guilty of a condescending attitude towards women.

“Unfortunately, some can be quite condescending, others over-promise and underdeliver,” she says, adding this has not improved as AfroKidz has gained a larger reputation.

“The stereotypes always come to play. When I tell people I founded AfroKidz, they automatically think I code. When I tell them I don’t, some lose interest and others wonder how despite having a background in tech, I can’t code,” she said.

“Women in the workforce”

Doreen Kessy, COO of Tanzanian edutainment startup Ubongo, agrees there are difficulties running a company as an African female given the way women are viewed.

“In Africa there is still a huge gap between men and women in the workforce. Women are not viewed as equal to men and in most cases, are discriminated against,” Kessy says.

She said there was unfortunately still a mentality on the continent that women are not as strong as men, with men as a result dominating the job market.

“For a long time in African culture women have been viewed only as stay at home mothers, and not as people who can start and operate their own businesses. So of course, there is resistance when one tries to ride against the wave,” Kessy said.

“My personal experience has been that men would talk down on you or try to intimidate you, especially in negotiation. But you cannot let that stand in your way, you have to stay strong and keep doing what you are doing. I must admit, it takes a long time until you begin to see change, but it can be done, you just have to work for it.”

Kessy said it was important this prevailing attitude changed for the good of the whole society.

“A woman’s place is not only in the kitchen, and its about time our society believed in and supported women entrepreneurs. I believe if we successfully eliminate these obstacles, we will begin to see our economies accelerate and development take place,” she said.

That female founders are looked down on my men is not universally acknowledged, however, with Barbara Mallinson, founder and chief executive officer (CEO) of South African social learning platform Obami, saying in her experience in South Africa she had not been looked down on due to her gender.

“I was privy to a fortunate upbringing where my parents treated me with the same respect and expectations as they did my older brothers,” she said.

“The all-girl school I attended was all about empowering young ladies, and my university made no distinction between male and female students. So, for me, and the way I see things, the challenges I face in running my own business have nothing to do with my gender.”

Mallinson did say, however, that she was aware many of her counterparts outside of her upbringing and in other countries had not been so privileged.

“Their culture dictates that they have no choice but to marry young, stay at home and look after children; it is the man who must go out and earn a living,” she said.

No longer a “boy thing”

“This obviously limits the opportunities that African women have to get a business started, and if they manage to get that far, the support they’d receive from friends and families would be non-existent. It’s not an easy ride by any means.”

She said she was aware of the dominance of men across tech-related media and conferences, who are seen as industry leaders more so than women are.

“While I understand that this is based on there being many more men in the industry than women, it is a real shame. With less focus on women as role models; it is a harder job encouraging young girls to choose this path.”

Wangari believes more females can be encouraged to become entrepreneurs through the example of role models, while she also advocates mentorship programmes in schools.

Kessy also believes education is crucial when it comes to progress.

“More women are in political, social, and corporate leadership positions today than ever before. I think we are making good progress, but there is still so much that needs to be done,” she said.

Mallinson says progress has definitely been made, with computing no longer considered a “boy thing” as it once was.

“We’re seeing more girls taking an interest and getting involved, I guess sparked by technology’s ever expanding role in society – things like social media, a wider variety of games, the ability to access information through a mobile phone and so on,” she said.

“No doubt, this will have a big impact on the number of women moving into the digital space – it’ll be a natural extension of their youth.”