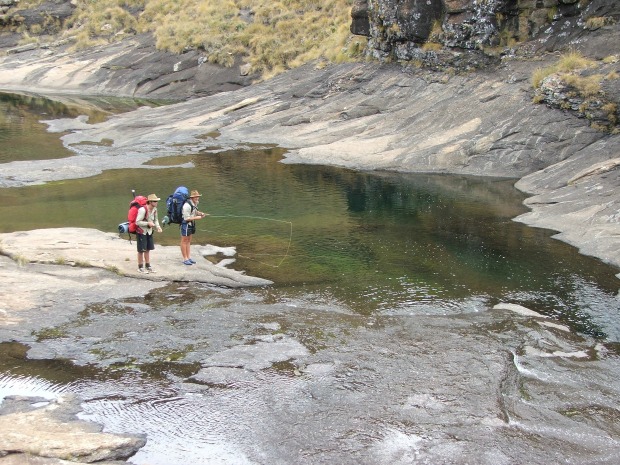 Social media site DestinyConnect identified 20 of the most interesting trends in Africa, ranging from edgy furniture made with recycled wood to traffic robots that wave metallic arms around in DRC’s busiest intersections.

DestinyConnect.com is a division of Ndalo Media, the brainchild of Khanyi Dhlomo, whose career has included working as a TV presenter and heading up South African Tourism in France. Dhlomo earned an MBA from Harvard Business School before founding the company five years ago as a joint venture with Media24. Her goal: to launch publications and other media that fulfill the needs of the dynamic South African population.

We looked at DestinyConnects’ list, and we’ve chosen 10 African trends that we think have the potential to create business opportunities

. Check them out here.

Social media site DestinyConnect identified 20 of the most interesting trends in Africa, ranging from edgy furniture made with recycled wood to traffic robots that wave metallic arms around in DRC’s busiest intersections.

DestinyConnect.com is a division of Ndalo Media, the brainchild of Khanyi Dhlomo, whose career has included working as a TV presenter and heading up South African Tourism in France. Dhlomo earned an MBA from Harvard Business School before founding the company five years ago as a joint venture with Media24. Her goal: to launch publications and other media that fulfill the needs of the dynamic South African population.

We looked at DestinyConnects’ list, and we’ve chosen 10 African trends that we think have the potential to create business opportunities

. Check them out here.

Skateboarding took off in Uganda when Jackson Mburo built a skateboarding park in 2006 in Kitintale, a suburb of Kampala, using cheap mortar and leftover bricks. Now young boys skirt potholed streets, cracked sidewalks and traffic. It’s a trend and it’s spreading to Tanzania and Kenya, according to DestinyConnect.

Skating has inspired an astonishing sense of community and unity in Uganda, according to surfdome.com. In Kampala, there are limited opportunities for youth and fighting the negative effects of poverty is a daily struggle for the majority of the population, the article says.

Mburo founded the Uganda Skateboard Union, which aims to give the country’s youth access to a sport that boosts morale and counters boredom. In 2014 the organisation won the Skate-Aid award at the annual Bright European Skateboard Awards in Germany.

Linah Mohohlo has been governor of the Bank of Botswana since 1999. She is known for her sometimes-controversial views and her skillful handling of the country’s financial policies, DestinyConnect reports.

She told a journalist at a dinner hosted by former South African Reserve Bank Gov. Tito Mboweni that women did most of the work in Botswana. During a panel discussion of African officials in Johannesburg, she once said work ethic is one of the biggest obstacles to the continent’s development.

Mohohlo has received national and international awards and was named Central Bank Governor of the Year for Africa by Euromoney and the Financial Times in 2001, 2003 and 2008. In 2011, Forbes magazine named her one of the 10 most powerful women in Africa.

The DRC introduced solar-powered robots in Kinshasa to try and reduce traffic fatalities in the capital city’s high-traffic areas, and to replace policemen who were corrupt, according to DestinyConnect.

Here’s the best part: they’re made locally and designed by engineer Therese Izay, who runs a women’s technology co-operative in the DRC. She hopes the robots will be installed in cities across Africa and beyond to create jobs for female engineers, DestinyConnect reports.

Two robots have been on duty since 2013, and another three were recently designed, according to Newstalk.com, Motorists have responded positively, according to Agence-France Presse.

This Zimbabwean musician, businessman, philanthropist and human rights activist had a whole new genre of music named after him. Often called the grand master of Zimbabwean traditional pop, he may be Zimbabwe’s most internationally recognized cultural icon, according to DestinyConnect. He speaks Shona, Ndebele, and often writes songs in English too about the hardships of everyday life and political violence, incorporating different musical traditions.

His 45 albums have sold millions of copies, landing him a following in Africa and beyond. He’s also a U.N. Goodwill Ambassador for Eastern and Southern Africa.

“Tuku has, in fact been so innovative in his music that it is now referred to as tuku music and quite distinct from any other Zimbabwean style,” according to globedia.com, He is…undoubtedly one of the greatest soulful voices of African music …’the voice of Southern Africa laid bare’…with an infectious sense of humor and optimism that prevails through all his music; his appeal extends to young and old alike.”

Although the fashion label now calls Johannesburg home, it was conceived in Swaziland and is one of the few but growing brands designed with curvy women in mind. Phiwase Nxumalo’s ready-to-wear garments are inspired by fabrics from the DRC, Malawi, Zambia, Kenya, Swaziland and South Africa, according to DestinyConnect. Dresses and skirts are available in sizes 30 to 52, with the main focus on women wearing sizes 40 and above. Nxumalo also designs jewelry made from wood, pearls and buttons.

“The fuller figure isn’t just yada yada – it’s what we do,” Nxumalo said in a recent interview, according to DestinyConnect.

Nxumalo, 42, was the third of five children born and raised in Swaziland with a passion for the creative arts. She said her collections accommodate diverse clientele from very different backgrounds, dynamics and sizes, according to an article in TheObserver.

Nxumalo credits the all-black female U.K. R&B group, En Vogue, and their first album, “Funky Divas,” for influencing her sense of style. “I loved their music and their dress sense but mostly it was their fierce confidence in loving their form of art and how they presented themselves that as a teenage girl had me falling head over heels with all things fashion and igniting my passion for the industry and the idea of celebrating your womanhood every day by expressing it through how you present yourself to the world.”

Landlocked Lesotho, “Kingdom of the Sky,” is probably the last place you’d expect to find a booming aquaculture operation, but some of the best trout in Africa comes from Lesotho, BBC reports.

The Highlands Trout company began farming fish commercially in Lesotho in 2012 and now Lesotho is producing more than its neighbor South Africa. Hundreds of tonnes of fish are exported to Japan for gourmet sushi, DestinyConnect reports. Located 2,200 meters (7,218 feet)  above sea level in the Maluti mountains near the Katse Dam – Africa’s second-largest dam – the fish are hatched from eggs imported from Denmark and fed on pellets imported from France until they weigh 2.8 kilograms, when they’re processed.

From 2012 to 2014, Highlands Trout exports increased from 500 tonnes to 1,500 tonnes. The company expects this amount to grow to 4000 tonnes by 2018. Japan buys 80 percent of the product, while 15 percent goes to South Africa and 5 percent is sold locally. The company employs about 100 people — mainly locals — and hopes to become the No. 1 aquaculture project in Africa, DestinyConnect reports.

In Japan, Highlands Trout has managed to bypass the large, wholesale

fish markets, and its trout have become a favorite in gourmet sushi, BBC reports. “This has helped tiny Lesotho produce twice the amount of trout as its much larger neighbor, South Africa, and the operation has been heralded as an example of how Africa can benefit commercially from creative investment

and utilization of its aquaculture opportunities.”

Mozambique design collective Piratas do Pau, or PdP, employs and trains underprivileged youth in Maputo to make furniture out of scrap wood. It uses umbila, a local hardwood, and pine from recycled pallets to create picnic tables, coffee tables, cupboards and shelves. All products are sold locally. PdP encourages its customers to recycle, reduce waste and buy local rather than buying new or imported items.

Maker Faire Africa launched in 2009 and while the event has not been held annually since then, it aims to identify, support and propagate the work of a Africans who’ve come up with home-grown innovations that could benefit the continent, according to DestinyConnect.

The faire has been held in Accra, Nairobi, Cairo, Lagos and Johannesburg, where it’s a showcase for ideas that tackle challenges in leadership, agriculture, health and education for tiny African villages and big urban centers alike.

In 2012, four teenage schoolgirls won international acclaim for inventing an electricity generator that runs on urine – not a new idea, but one with huge potential for a region where many people lack electricity and power shortages are a way of life. Other innovations include jewelry made from bones, corn planters, machines for making rope from grass and a prototype for solar-powered traffic lights, according to DestinyConnect.

Maker Faire grew from a single event organised by MAKE: magazine in San Francisco to a network of international crafting showcases on every continent, ZDNet reports.

“When you talk Maker Faire in the U.S., a large percentage of the makers involved are hobbyists, and most of the rest are looking to go into Maker Pro,” said Emeka Okafor, a founder of Maker Faire Africa in a ZDNet interview. “In Africa, you don’t have makers that fit the same profiles. You largely have makers who are making things to solve problems or to supplement their living.”

Maker Faire has been described as “the international celebration of hardware hacking…the greatest show and tell on Earth,” ZDNet reports.

Ugandan Proscovia Oromait became Africa’s youngest Member of Parliament in 2012 at 19 after winning the Usuk County election for the ruling National Resistance Movement with more than 54-plus percent of the votes, according to DestinyConnect.

The youngest legislator in the world at that time, Oromait decided to run for the Parliamentary seat previously filled by her father a few months after he died. However, she blazed her own trail. Her father had been an independent, not a member of the ruling party.

Her focus is on the environment, education, health policy and gender issues. Opposition parties laughed at her and described her ascent as “juvenile politics,” but in Uganda, nearly half the population is under 25, making her ideally suited to represent her peers.

At present she’s juggling parliamentary duties with studies for a bachelor of mass communications degree at Uganda Christian University near Kampala, DestinyConnect reports.