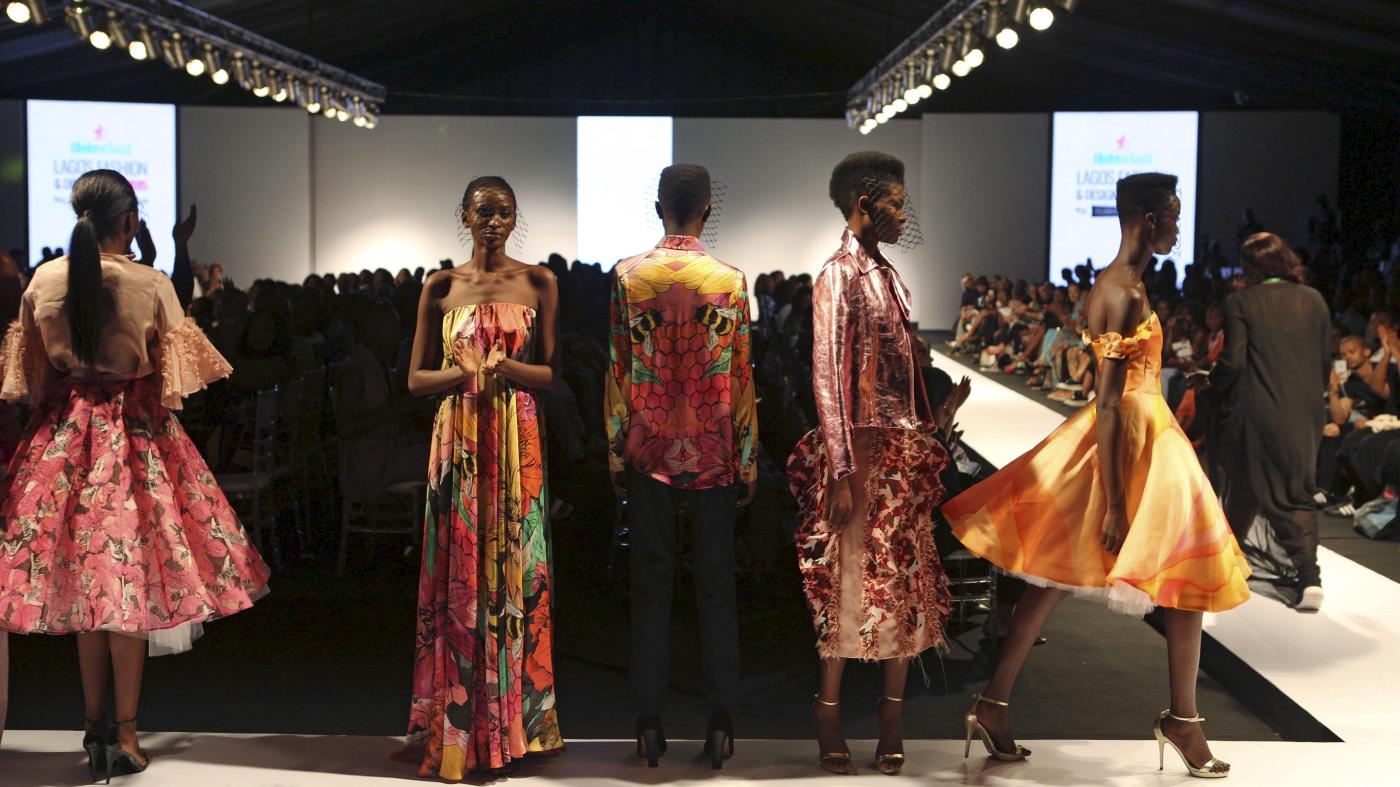 While public health experts and pundits speculate over a possible second wave of Covid-19 and the frantic race to find a vaccine forges ahead, creative industries are forced to do what they do best—reinvent.

Local fashion industry insiders across Africa are exploring new sustainable solutions, and tapping into more traditional ones, that will enable them to stay afloat financially as well as protect the environment.

The biggest concerns over unethical practices in Africa’s fashion landscape is the heavy dependence on imported garments and materials from Asia and the West which often contain traces of hazardous chemicals as well as the use of plastics and toxic chemicals dyes that may include bleach or lye residues that could end up in natural or municipal water sources.

The global fashion industry has been harming the planet for decades. After the oil industry it’s the world’s worst polluter. It relies on water-intensive production, uses toxic dyes, and the extensive air-polluting travel associated with fashion shows also set bad records.

Leveraging its 22-year legacy as one of Africa’s most prestigious fashion entities, South African Fashion Week is now branded as the “business of ethical fashion” under the vision of its founder and chief executive, Lucilla Booyzen, going digital to re-imagine fashion shows.

Instead of a traditional show where thousands of people are packed into a venue, fans can now watch the October show on SAFW’s web platforms, which has a collective followership of 600,000 social media users.

“It can be more economical to not have an audience—big runways with extensive lighting and good sound…the costing around hiring or setting up a venue that can house so many guests is not sustainable,” says Booyzen.

SAFW’s next show scheduled for Oct. 22 to 24 will be a non-traditional, environmentally-friendly digital experience staged at the Mall of Africa in Midrand, Johannesburg. The show will use a fraction of the lighting typically used, smaller sound systems, smaller teams, and a minimum number of models which Booyzen said would reduce the event’s carbon footprint.

At this stage it’s still unclear whether Africa’s top shows will be in a position to execute traditional runway events this year with the uncertainties of the pandemic. Nigeria’s Arise Fashion Week pushed back its event from April to October. Past editions brought celebrities like André Leon Talley and Naomi Campbell to Lagos.

Glitz Africa Fashion Week will also hold in October in Accra, Ghana.  Organizers of Dakar Fashion Week and Kampala Fashion Week postponed their shows and have yet to announce new dates.

In April, Lagos Fashion Week rolled out “Woven Threads” across its social media platforms. The three-week digital presentation included photo slide shows, live talks, and workshops all organized under the supervision of founder Omoyemi Akerele, whose goal was to explore textile and traditional craftsmanship as a way to promote sustainable clothing production.

Anifa Mvuemba, the 29-year-old Congolese designer of Hanifa, received much acclaim for her Instagram Live virtual runway show in May that featured Clo3D-designed digital models. Show clips generated more than a million views and stirred dialog on how catwalks can adapt during and after the pandemic.

“Sustainability is a darling word now in the industry,” Rufai said, “but African designers have always practiced sustainability. African designers are more resourceful when using fabric. They’re careful to minimize waste. Made-to-order is more common and the African fashion market is not as seasonal as the mainstream Western market.”

The mainstream industry which entails popular retailers and well-known brands pumps out more than 100 billion garments through mass wholesale manufacturing every year to keep up with the fashion seasons. It’s a wasteful system known as “fast fashion” and millions of pounds of clothing gets discarded in landfills. In contrast, African fashion designers tend to take a slower, more intentional approach through made-to-order business models which reduce the chance of surplus stock and is more economical for smaller companies.

Made-to-order is now recommended by environmentalists and business analysts as the future of sustainable fashion, though it has long been a tradition in Africa.

“Africans are sustainable by necessity because they don’t have the access to resources that Westerners have. So, they have consistently practiced sustainability methods whether they knew it or not,” said Amira Rasool, founder of the New York-based online store and wholesale showroom known as The Folklore.

Another major proponent of eco-friendly, sustainable practices is prioritizing local production and sourcing which requires countries to have an ecosystem conducive to local business. But many homegrown fashion industries within Africa do not have the capacity to meet domestic demands for apparel and accessories.

However, that was not always the case.

Some African countries once had large textile sectors. Nigeria had the largest with more than 180 textile mills. In 1945, Kenya had 75 textile and clothing establishments. The textile sector, peaking in 1984, became the second largest employer after the civil service with 52 operating mills for fabric and yarn production.

Textiles and knitting mills are capital intensive ventures and African governments supported them with protectionist trade policies, but many crumbled in the 1980s and 90s when African economies liberalized, opening up to foreign trade after following structural adjustment programs recommended by the World Bank and International Monetary Fund.

Cheap garments from Asia and secondhand clothes from the West soon flooded African markets. Local industries struggled to compete. By 2013, Kenya had only 15 main textile mills in operation, down from 52 and Nigeria has 25 as of 2019.

But an ethical fashion revolution is now sweeping across the continent as labels like Nehanda & Co in Zimbabwe, Naked Ape in South Africa, Nigeria’s Nkwo and Awa Meité in Mali promote local production, made-to-order models and high-quality blends of natural materials like bamboo, hemp, tree bark, and silk.

The Ethiopian government’s ambitious industrial agenda hopes to position the country as a net exporter of textiles and garments.

The Ethical Fashion Initiative, established in Nairobi in 2009, is running an accelerator mentorship program for African fashion brands that practice sustainable sourcing and minimal chemical treatment for materials.

The Nigerian-based shoe and accessories brand, Shekudo, incorporates traditional technology such as weaving, to create the base fabrics for its modern aesthetic of simple silhouettes and funky colors. Local artisans carve the wooden heels on the shoes which have featured in fashion shows in Lagos, Paris, and New York.

“It really helped financially when I was starting up because I couldn’t afford to start buying 2,000 pairs of insoles from China,” she said. “The embroidery, our earrings are all made here, the silver and the bronze are sourced here, our bags are all made here, all of our materials are sourced here. I can say 98% of our stuff is done here in Nigeria and we’re very proud of that.”

Sign up to the Quartz Africa Weekly Brief here for news and analysis on African business, tech, and innovation in your inbox