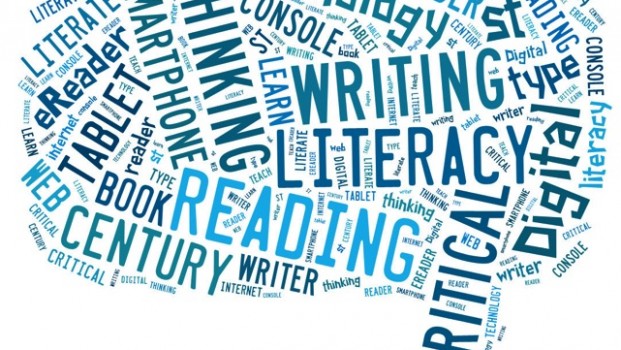 Literacy has become one of the leading factors in evaluating the development of a country. It gives potential investors an idea of how well a country’s citizens will be able to contribute on the global stage. The following data, gathered by the humanitarian nonprofit, the U.N. Children’s Fund (UNICEF), shows the sub-Saharan African countries with the highest literacy rates for adults.

The data reflects average reported literacy rates from 2008 to 2012 in sub-Saharan Africa. The following countries were not included in the data set due to lack of reliable information: Congo, Djibouti, Somalia, South Sudan, and Sudan.

The government of Lesotho invests more than 12 percent of its gross domestic product in education, and is one of the only countries in the world in which female literacy exceeds male literacy. Primary school education is not mandatory, but the country is in the process of implementing a program for free primary education across the nation. According to some studies, the literacy rate in Lesotho may be even higher than 75.8 percent. A 2010 estimate by the CIA World Factbook showed Lesotho had an 89.6-percent literacy rate, with 83.3-percent male literacy and 95.6-percent female literacy.

In 1992, two years after its independence, Namibia launched the National Literacy Programme in Namibia. The program targets out-of-school youths and disadvantaged adults to connect them to opportunities that expand their education and reading/writing abilities, allowing them to participate in national development. It is funded through the country’s Ministry of Education. An estimated 74.3 percent of males and 78.4 percent of females are estimated to be literate in Namibia.

In 1980, public education in Zimbabwe became free following President Robert Mugabe’s declaration that education was a basic human right. Though there are still some associated school fees, the government spends more than $750 million for its national education budget, which funds the nation’s public school system. While Zimbabwe was at one point considered to have the highest literacy rate on the continent (and still does by some studies, though the data is under dispute), hyperinflation and economic mismanagement have led to a decline in public funding, forcing public education to suffer.

At the time of Cabo Verde’s independence from Portugal in 1975, an estimated 75 percent of its citizens were illiterate. The country made great strides in education since then, with compulsory primary education for children ages 7 to 13. The formalization of Cabo Verde Creole has been given a lot of credit for this. For a long time, it was not considered a valid language but has since been institutionalized into the schooling system.

After diamonds were discovered in Botswana following independence, the Botswana government used some of the revenue to begin providing 10 years of guaranteed basic education. With equal access to primary education, the estimated literacy rates for males and females are fairly equal. Approximately 30 percent of public spending in Botswana is budgeted for education.

Burundi enforces compulsory education for citizens between ages 7 and 13, and the government covers the bulk of costs through grade six. More education resources are allocated to the south and central regions of Burundi, however, and females historically have had fewer opportunities for primary or secondary schooling. The education system in Burundi suffered during its independence struggle and ensuing civil war. Many schools were destroyed and teachers killed. Reconstruction efforts have been under way since 2006.

Education in Swaziland is neither compulsory nor free, apart from the first two years. Despite the fact that one out of three children does not complete primary school, a high majority attend for at least several years, learning basic literacy skills. Relative gender parity exists. The education system continues to suffer from national fiscal constraints — the government is tackling one of the highest HIV/AIDS rates in the world, among other problems.

Following its independence in 1968, the Mauritian government ensured that education was a top priority of the burgeoning nation, investing considerable resources into the Ministry of Education and Human Resources. As the island nation does not have significant natural resources, it relies heavily on its human capital fore tourism, agricultural, and industrial sectors, making an educated populace a necessity. Education up through the secondary level has been free for all citizens since 1976, and through the post-secondary level since 1988.

Modeled on the French education system, Gabon’s education system is compulsory for those age 6 to 16, though the majority of students stay in school until the age of 19. Nearly 10 percent of the national budget is directed towards education, and the sole language of instruction is French, the language of the country’s former colonial ruler. Bantu languages may be studied as electives in secondary and higher levels.

Formal education in the Seychelles didn’t truly begin until missionary schools opened in the mid 1850s, but the country has progressed far beyond that. Education for students up to age 16 became compulsory in 1944, and the quality of education has increased over the decades with the addition of a teacher training college in 1959. Adult education classes have supplemented primary education systems, helping raise the overall literacy rate across the country to more than 90 percent by the late 2000s.

Approximately 20 percent of South Africa’s national budget is devoted to education, though the size of the population means educational resources are distributed thinly. While the literacy rate is impressive, there is some controversy over the manner in which literacy data is gathered in South Africa. It is self-reported, and defined as the ability to read and write short sentences. Some say this is more of an indication of functionality than true literacy. However, it is important to recognize the progress South Africa has made with regard to equal education since the end of apartheid. Even so, equal access to opportunities remains an ongoing problem.

Over the last 20 years, Equatorial Guinea has made enormous strides to improve education. A report by UNESCO’s Education for Africa initiative suggested Equatorial Guinea was the most likely country in sub-Saharan Africa to achieve gender parity in primary education by 2015, and a pre-primary enrollment target of at least 70 percent. Provided, that is, it remains on track in increasing teaching staff and training infrastructure. Part of the country’s agenda has included strategic partnerships with institutions across the globe, from the U.S. and Latin America to parts of Europe and Asia.