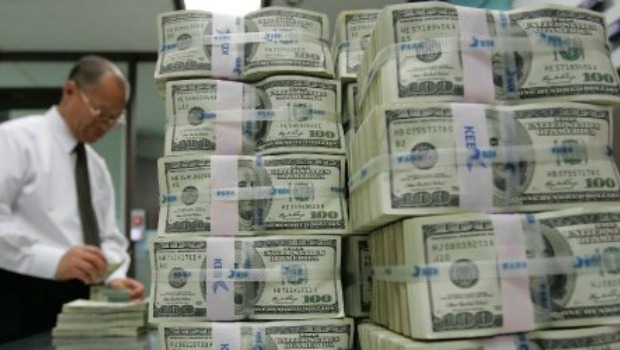 Most of the world expected the U.S. Federal Reserve to raise interest rates today for the first time in nearly a decade, impacting the global economy. Many emerging markets have good reason to worry, CNNMoney reports.

Emerging-market companies and governments borrowed heavily in dollars over the last decade because rates were low. Investors eagerly poured money into emerging markets like South Africa in the hope of getting better returns.

That flow has reversed in anticipation of a Fed rate hike. About $1 trillion was withdrawn from emerging markets between July 2014 and August 2015, according to CNNMoney.

Investors have already withdrawn $500 billion from emerging markets around the world in 2015, the first annual outflow in decades, WallStreetJournal reports.

In addition to the strain of a stronger dollar, emerging African markets including South Africa and Nigeria are reeling from low commodity prices and a slowdown in China.

A combination of rising U.S. rates, strengthening dollar and weakening emerging market currencies could create a “perfect storm” of conditions leading some emerging market companies to sell assets and others to default in 2016, Reuters reported.

The currency mismatch — lots of dollar-denominated debt and a low percentage of revenues in U.S. dollars — increases the likelihood of a company failing to service its debt, managers said, according to Reuters. Some managers say this inability to pay off dollar debt could spark the next emerging market crisis.

Not everyone believes the doom-and-gloom scenario.

Sammy Simnegar, manager of Fidelity Investments’ $3.4 billion Emerging Markets Fund, is one of many managers who expect the Fed’s initial rate hike to have a minimal effect on emerging markets. The increase has been expected for months or years and has been priced into markets, shifting focus to how emerging market corporates fare after subsequent rate hikes, Reuters reports.

“What matters most to these countries is the pace of dollar appreciation because that will impact interest, and that interest has to be paid in dollars,” said Luciano Siracusano, chief investment strategist for WisdomTree Investments in New York, in a Reuters interview.

Most African countries see raising their own rates as the only way to slow foreign money from departing after U.S. interest rates rise, WSJ reported.

Uganda raised its main interest rate five times this year. Zambia last month raised its benchmark rate by 3 percentage points to 15.5 percent. Mozambique in October raised its rates for the first time since 2011.

In Kenya, East Africa’s top economy, the central bank lifted rates twice this year by a total of 3 percentage points to 11.5 percent.

Nigeria, the continent’s top crude producer, is one of the few to cut interest rates to encourage growth. In November, Nigeria’s central bank cut its main rate by 2 percentage points to 11 percent.

Angola and Mozambique also made it harder to take money out of the country or buy dollars, hoping to stem the exodus of foreign currency. Nigeria imposed similar restrictions and froze its exchange rate at around 200 naira to the dollar.

Globally, BRICS countries Brazil, China, Russia and South Africa will be among the hardest hit, according to CNNMoney. Also preparing for the worst in anticipating a Fed rate increase are Brazil, Turkey and Venezuela.

South Africa is paying the price for borrowing heavily in dollars when they were cheap, CNNMoney reports.

It has one of the highest external financing requirements in the world, according to Capital Economics, South Africa, CNNMoney reported. That means its currency reserves are much smaller than the amount it needs to service foreign debt and pay for imports. A stronger dollar will exacerbate this problem.

South Africa is also suffering because its economy is heavily dependent on mining, which has been crushed by low commodities prices.