A Girl Walks Into a Bar

Nigeria, a Girl walks into a bar alone, what do they men at the bar think?
I tried to poll this on Facebook but did not get as many responses as I thought I would, so instead I experimented with it using myself as a guinea pig.
On Saturday, in my new living quarters in Lagos, Nigeria, I woke up without electricity. In the heat that just gives you an instant headache. So I went out for a couple of appointments and delayed having to go home back to the heat of my flat. Then, I recalled my life in Atlanta. What would I normally do in Atlanta on a Saturday? I would take myself out to lunch/dinner after the gym. So why should Nigeria be any different? After my last appointment on Saturday, I grabbed a taxi and headed to a “bar“. Yes, pause for reaction.
Let me clarify…this was not a bar per se, it was an old hotel in my estate that cooks delightful made to order meals. It mainly serves the hotel patrons but they do have a few stragglers like me who pop in to eat the delicately made to order food. I got introduced to it by a friend of mine and since then it’s been my hideaway. Why a hideaway? Well, Nigeria is not like the western world, it is no Atlanta. They may try to dress and look like the western world but their myopic sense of thinking and viewing women is still very archaic, very petty, very prejudicial. The men here view women as belonging in the kitchen (still) or in their workplace and going straight home to cook for the kids, so what is a woman doing at a bar unaccompanied if she’s not doing any of these things. She must be a lady of the night then.
When I first returned to Nigeria, I tried to do the “let’s go grab a quick drink at a bar” thing that I was used to in Atlanta (and beyond) but a guy friend quickly told me to get off that bar stool and keep it moving if I didn’t want to be viewed as a “floozy.” I did, almost immediately. And it’s been killing me since then that I can’t let off steam in this way in Lagos, metropolitan city of all places. It’s just astounding that men still think this way. 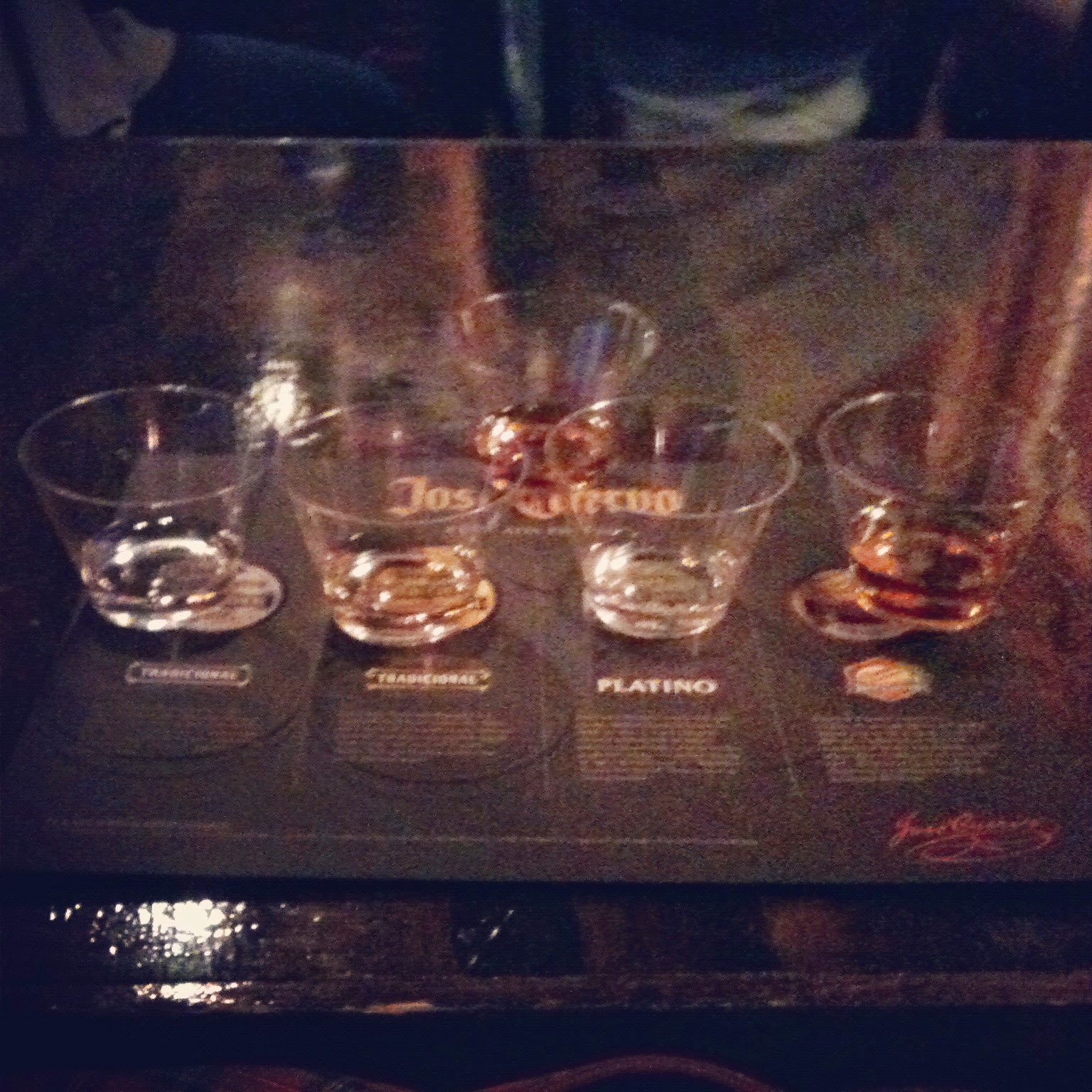 Nevertheless, on Saturday I decided to try again. I was just desperate and needed to not be in my no electricity home. As I walked in there were a whole bunch of men sitting around eating nkwobi, peppered chicken and drinking beer and ogling me from head to toe. I ignored them. Why? Because as Atlanta folks say: “Ain’t nobody got time for that.” They had just returned from a football game across the street and were feeding their adrenalin egos, while their women were probably at home slaving away cooking. I went straight ahead and ordered the made to order food that I had been dying for, giving them specifications as to how I wanted it. I curled up on the couch and started to indulge in some soccer (Barclays Premier League, fun!). I even directed them to turn on all the ACs so I could cool off (I did say there was no NEPA in my house, abi?). The day was looking up for me.

The men were flabbergasted as they came in one after the other to use the restroom. They saw me cuddled up on the sofa yelling at the screen while I watched the captivating game. One who had the nerve to speak interrupted me while I ate, “Hey.” I turned around startled causing him to apologize. “So what are you doing here?” Is that a trick question? You see me eating, abi? Is there any other thing to do here? Then, he tried his worst pick up line on me. I can’t even remember it as my brain does not store nonsense. I told him for the sake of ending this uncomfortable conversation, I would give him my card. He looked at it stunned. This was the 2nd guy I gave my card to that afternoon. The first one had already called inquiring if I was really a lawyer. Hmmm…why would I say I am if I’m not. He’s asking because, what would a lawyer be doing eating at a “bar”, our Saturday boys hangout bar, alone?
In summary, my deductions led me to believe those men actually thought I was a “floozy“. I gathered as much from my conversation with one of them later that afternoon. Why am I a floozy though? Because I chose to eat alone in an establishment where men overindulge in guy talk and consume copious amounts of beer, and once a woman steps into the place, alone, (how dare she?) she’s at once labeled a call girl or an easy lay. I am an intellectual, a forward thinking liberated woman that can (at the moment) pay her own bills and take herself out to lunch. I also encourage other professional women like me to do the same. Let’s not let these men monopolize these establishments. If I have a bad day at the office, I should be able to go sit at a bar some place and cool off before heading home. Men do it, so why can’t I? Because I’m a woman I have to immediately drive straight home and deal with my family with all that pent up angst from the office. I should and deserve to have my moment of peace, and if it’s at bar, please let me have it. And keep your judgments or preconceived notions as to who or what I may be to yourself. As long as the establishment does not say no women allowed, I have a right to kick off my high heels, imbibe, exhale and indulge just as much as you men do.
So Nigerian men, if a Girl walks into a bar alone, what should you think about her from now on? Nothing. Just drink your beer, scratch your balls and keep it moving. Sista wants to chill.
Source: Anita Writes
(0 votes) 0/5
Share on facebook
Facebook
Share on twitter
Twitter
Share on linkedin
LinkedIn
Share on whatsapp
WhatsApp
Share on email
Email