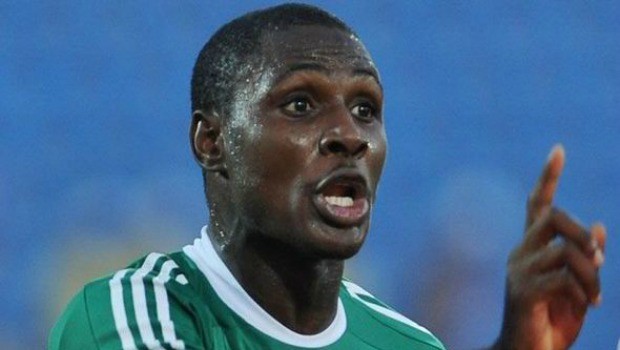 The 2017 Africa Cup of Nations (AFCON) qualifying campaign began this past weekend with the first set of matches to decide the teams which will descend on Gabon at the beginning of 2017 to determine Africa’s best national team.

AFKSports rounds up the results from the first matchday of AFCON qualifying action.

The Atlas Lions came up on top in this North African battle in Agadir, with a goal from Omar El Kaddouri separating the sides and handing Morocco the three points in Group F, allowing them to end the weekend tied at the head of their group alongside Cape Verde. The 24-year-old midfielder scored in the second half of the encounter, relegating Libya to the bottom of the group.

The Carthage Eagles mauled a visiting Djibouti selection, scoring eight goals and conceding a single consolation strike. The first 25 minutes of the match saw a Yassine Chikhaoui hat-trick for Tunisia, before Ferjani Sassi made it 4-0 before the halfway mark. Saber Khalifa, Fakhreddine Ben Youssef, Maher Hannachi and Yoann Touzghar completed the rout for the home side, before a converted penalty from Mohamed Liban gave Djibouti a stat in their favour.

Christian Atsu set the ball rolling for the Black Stars in Accra, scoring in the 10 minutes before Jordan Ayew extended the lead. Asamoah Gyan made his mark on the match with two more goals before Sophie Jean Pierre returned fire for the Islanders. Ayew managed to score his brace before half time. In the second half the domination from Ghana continued, and another two goals completed the victory, with Jeffery Schlupp’s 69th minute strike and David Accam’s goal ending the impressive win.

Bafana opened their AFCON 2017 campaign in disappointing fashion, failing to score at home and having to accept a goalless draw as the outcome at the Moses Mabhida Stadium against a defensively minded Scorpions team.

The Super Eagles began their qualifying series with a home victory over Chad, with Gbolahan Salami and Odion Ighalo ensuring the win thanks to their second half goals in Kaduna. Ogenyi Onazi was sent off for the Super Eagles late in the encounter, but that did not destabilise the home side, and they were able to register three points from the fixture.

A Fennec Foxes side at home were far too strong from the Islanders from the Seychelles, and a 4-0 thrashing ensued. Goals from Islam Slimani and Nabil Bentaleb added to a Hilal Soudani brace produced a stunning home victory for the North Africans at the Stade Mustapha Tchaker in Blida, to ensure that the Algerians begin qualifying on the front foot.

The Indomitable Lions of Cameroon earned a narrow 1-0 victory over visiting Mauritania in Yaounde to ensure top spot in Group M following South Africa’s 0-0 draw with Gambia in the other group fixture. The home side were very fortunate as Vincent Aboubakar scored in the last minute of the match to gain all three points over a stubborn Mauritania side which had done well for almost 90 minutes.

The Elephants of Cote D’Ivoire stumbled to a goalless draw away at the 2017 AFCON hosts Gabon, with the fixture seeing the current African champions struggle in front of goal. The Ivorians recently lost AFCON winning coach Herve Renard, who joined French Ligue 1 side Lille.

The Pharaohs seem rejuvenated since new coach Hector Cuper took over in the last few months, and are off to an excellent start in the AFCON qualifiers which have been negative for them in recent editions. Mohamed Salah was the star of the show for the Egyptians in Alexandria, setting up goals for Rami Rabia and Basem Morsi before scoring one of his own in the 70th minute, guaranteeing Egypt the victory and top spot in Group G.