16 Countries In Africa That Rank Highest For Good Governance 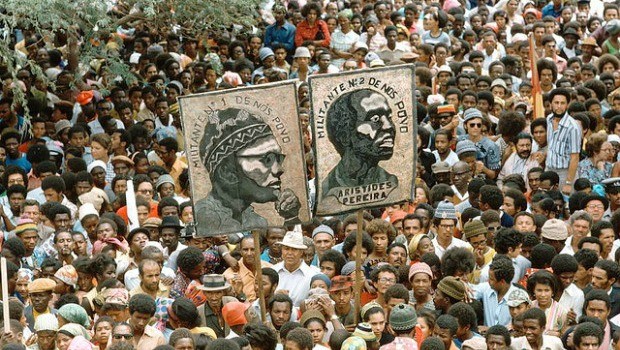 He’s an African hero — the Bill Gates of Africa.

Sudanese-British businessman Mo Ibrahim got rich on telecommunications, and he has invested millions of his fortune in his belief that nothing is more important to African development than good governance. Africans love him for it. Ibrahim is so popular he gets mobbed more than rock stars.

At meetings in Ghana for anti-poverty organization ONE, Ibrahim traveled with co-founder Bono, lead singer of U2. “People were elbowing me out of the way to get to Mo,” Bono said, according to Kenauletta.com. Even at the airport, taxi drivers and baggage handlers shouted Ibrahim’s name and surrounded him.

After Ibrahim’s telecommunications company, Celtel, sold in 2005 for $3.4 billion, Ibrahim set up the Mo Ibrahim Foundation.

In addition to business acumen, Ibrahim values the rule of law. “We cannot expect loyalty to an unjust regime,” he said in a HuffingtonPost report. “The state and its elites must be subject, in theory and in practice, to the same laws that its poorest citizens are.”

Since 2007, Ibrahim has been recognizing African heads of state with the Mo Ibrahim Prize for Achievement in African Leadership, an honorarium that pays $5 million. Winners have included Joaquim Chissano, Mozambique; Festus Mogae, Botswana;
Pedro Pires, Cabo Verde; and Hifikepunye Pohamba, Namibia. They were recognized for delivering security, health, education and economic development to their constituents and democratically transfering power to their successors.

The Mo Ibrahim Foundation’s 2014 Ibrahim Index of African Governance assesses the quality of governance in African countries. It was compiled by combining more than 100 variables from more than 30 independent African and global sources.

Governance is defined by the foundation as the provision of the political, social and
economic goods that a citizen has the right to expect from his or her state,
and that a state has the responsibility to deliver to its citizens.

The Ibrahim Index of African Governance assesses progress under four main categories: safety and rule of law; participation and human rights; sustainable economic opportunity;
and human development. Data covers a range of governance elements from infrastructure and freedom of expression, to sanitation and property rights.

In the 2014 report on African governance, 39 countries improved over the past five years and 13 deteriorated for overall governance, according to the Foundation. The countries where things got worse include Egypt, Libya, Guinea-Bissau, CAR, Mali, Benin, Eritrea, Mozambique, Tanzania, Burkina Faso, Madagascar, Gambia and Burundi.

Health, participation and human rights were the categories in African governance that showed the most improvement in the last five years. However, safety and rule of law took the biggest hits,  along with a deterioration in accountability, the report found.

There was improvement in cross-border tensions, antiretroviral drug treatment,
and legislation on violence against women. However African banks deteriorated, as did
domestic armed conflict and gender equality in the workplace.