‘$10b investment awaits ports, rail transport in Nigeria, others’ 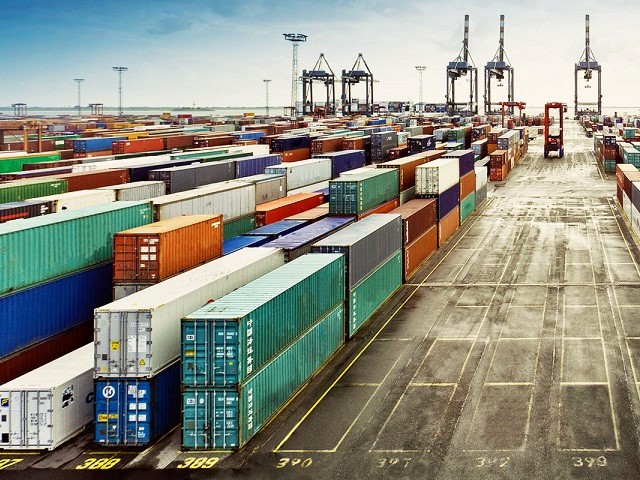 The ports and rail transport services may be in for a rollicking time as new investments, in excess of $10 billion, are lurking in the wings for regional infrastructure development.

The prospective capital in-flow, among others, is aimed at defining the future of transport infrastructure, maintenance and expansion in West Africa, to cope with emerging freight logistics demands in the region.

The investment opportunity, The Guardian learnt, is part of the gains expected at the third annual West African ports and rail evolution forum, holding in Lagos in July 22 and 23.

Managing Director, Grolla Port Services, Graham Lawal, at a pre-event networking breakfast meeting in Lagos recently, said the July conference avails the platform for investors in Africa and beyond to come into Nigeria.

“We are already envisaging that at the end of the event, we should be looking at up to $10 billion worth of investment through coming into the Nigerian space by the crop and calibre of interests we have received,” Lawal said.

Building on the success of the 2017 edition held in Accra, Ghana, the initiative now provides access to officials from ports and rail authorities and facilitates access to doing business in Nigeria, being one of Africa’s largest economies.

Lawal, who is also a consultant to the Federal Ministry of Transport, reiterated the strategic position of Nigeria in the region – as a country that alone expects Gross Domestic Product (GDP) growth of 2.3 per cent in 2019, propelling demand-driven expansion of transport infrastructure to boost connectivity and trade across the entire West African region.

He added that the forum aligns with the need to have a multi-modal solution for the transport industry, bringing together the rail, waterways, ports and the roads, to get the necessary infrastructure and capital into the country to improve them.

Portfolio Director for Transport, DMG events South Africa, Daniel Bloch, observed that the transport logistics demand in Africa remains huge, with 90 per cent of imports done via the sea and at least 38 countries in coastal areas.

But in the needs, however, abound the opportunity for regional cooperation and world-class infrastructure, Bloch said.

“This is the exact opportunity the upcoming forum avails to Nigeria and the West African region at large. We are bringing here the experiences in other places and what they are doing right; talk of the best practices in ports and rail. There are countries on the continent that are having one to10 billion worth of investments upwards in port and rail infrastructure. We have a lot of lessons to learn from them.

“Look at Lagos, the roads, congestion and the bridges. If you have to build a passenger and freight rail system, which are already been done on the foreshore, to move your goods like cements and so on, it means you’ll have less traffic and congestion on the roads. The roads need to be repaired and when you take the trucks off them, it means the roads will last longer. This is a significant amount of investment, but needs to be between the government and private sector,” he said.

No fewer than 25 speakers are expected at the forum, covering eight workshops, over 10 hours of networking hours and 1000-plus exhibitors.

Bloch added that the development agenda for ports and rail is actually to leverage on the partnership between private and public sector, because none of the sector could do it alone.

In other African region where the forum had held over the years, impacting countries like South Africa, Mozambique, Namibia, among others, he affirmed that the rail and ports projects are now world-class with maintenance and rehabilitation frequently done.

“Ghana and the rail authorities are already engaged in high-level discussions to improve the rail projects. It is happening across the continent, though a slow process. You also find now that Transnet in South Africa is going to other countries to partner. At our events, we find neighbouring countries’ rail and ports authorities often engaging each other in discussions. They are talking about partnership. How can the ports share the loads?

“For instance, the port of Durban is almost at capacity in terms of the cargo it can retrieve at the moment. It means ships are sitting at the sea for few days. They are look now at having some of the ships go to Maputo. You are giving Maputo business, but also making the client and investors happy.

“If the port of Lagos cannot retrieve cargo from a shipping line, let us go to the port of Accra and give business to them, that way, the business still stays in the region,” Bloch said.
Source: The Guardian