10 Things To Expect From African Tech During 2020 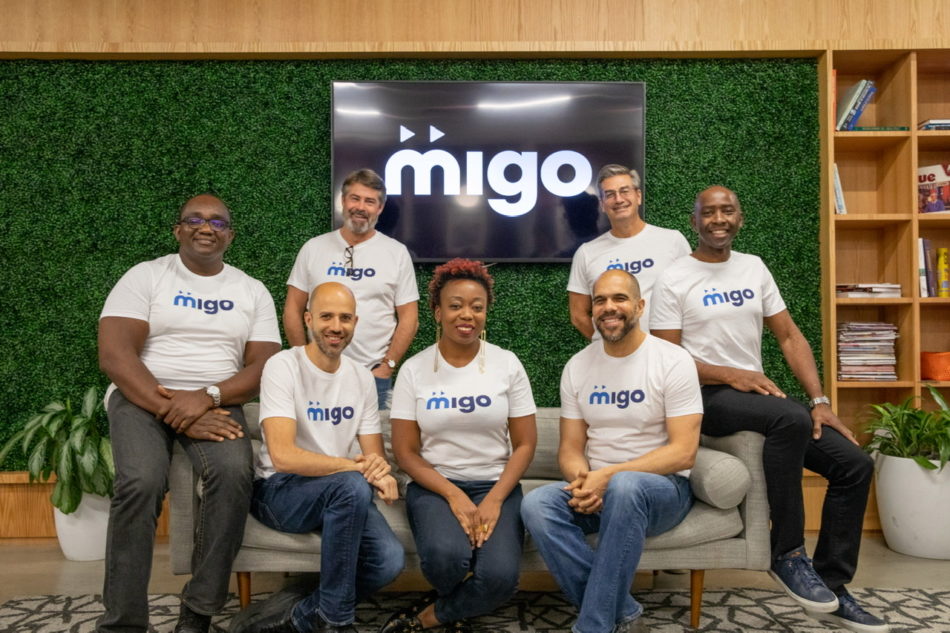 African fintech is set to be a major attraction for investors in 2020, as Chinese investors join other VC firms in valuing African tech startups. Founder of Nigeria-focused credit startup Migo, Ekechi Nwokah (bottom right), and his team.

Predicting the future may be a skill best left to economists and those able to read a crystal ball, but this is our attempt at forecasting what to expect from African tech in 2020.

African fintech is set to keep building its reputation as a major attraction for investors this year, as Chinese investors join the usual venture capitalists from the U.S. and Europe in recognizing the value of African startups.

Twitter CEO Jack Dorsey paid a visit to Africa in 2019 and plans to return this year because he believes that Africa will determine the future of tech, and bitcoin in particular. The year 2020 may prove Dorsey right.

Jamarlin talks about the recent backlash against LeBron James for not speaking up for Joshua Wong and the violent Hong Kong protestors.

In November 2019, Visa paid $200 million for a 20 percent stake in Nigerian digital payment firm Interswitch, making it the first home-grown African unicorn, according to Quartz. Africa-focused e-commerce firm Jumia listed on the New York Stock Exchange in 2019 but many argue that it is not an African startup aside from its market-focus. Interswitch, which was founded by Mitchell Elegbe, is planning an IPO in London this year.

The payments group Visa is paying $200m for a 20% stake in Nigerian fintech platform Interswitch ahead of its potential London IPO next yearhttps://t.co/MJU2QK3nry Excellent call by $V.
An African unicorn, for real this time !W00t! $$

China has long been an influential investor in Africa, mostly through large infrastructure projects and companies focused on specific market segments, but in 2019 Chinese investors put their money on a few African startups. Nigerian-based payments platform OPay, Africa-focused fintech firm PalmPay and Kenyan trucking logistics company Lori Systems, closed large fundraises in 2019, bringing in a total of $240 million in venture capital funding from 15 different Chinese investors, Techcrunch reported. That trend is expected to continue in 2020.

African tech companies will continue to expand outside of the continent

Many African tech companies have announced plans to expand outside of the continent, seeking new markets in Europe, Asia, North America, and Latin America. Nigerian fintech startup Lidya expanded to Eastern Europe in 2019 and credit startup Migo is in the process of expanding to Brazil. South African startups Aerobotics and RapidDeploy are focused on capturing the U.S. market while the Nigerian payments platform Flutterwave announced that it is hiring new staff in China and India.

Local and international ride-hailing firms to fight for market share

The growth of ride-hailing across Africa and the rise of both local and international firms will make big markets such as Nigeria, Kenya, South Africa and Ghana fierce battlegrounds for big foreign players such as Uber and Bolt alongside local disruptors such as OCar or Gokada in Nigeria, and Hailer in South Africa. There are almost 60 ride-hailing operators across 21 countries on the continent, according to the United Nations publication Africa Renewal. The fight for market share should extend to new markets. Uber recently launched in Abidjan and is expected to move into Senegal this year.

Senegal to see Uber start service in Dakar, but only if drivers of its self-owned vehicles are as good as city’s taxi drivers getting around “a city without maps and fixed addresses” – a situation often faced all over Africa’s urban areas outside central business districts. pic.twitter.com/5vpF8P0ajx

Ethiopia plans to award telecommunications licenses to two new operators in 2020 as Ethiopian Prime Minister Abiy Ahmed attempts to open up the telecoms sector as part of his agenda to boost one of the world’s fastest-growing economies and attract foreign investment, Moneyweb reports. South African mobile operators MTN and Vodacom, as well as French operator Orange, have shown interest in the licenses. State-owned provider Ethio Telecom enjoys a monopoly in the East African country. Ethio Telecom is expected to be partly privatized in early 2020.

Ethiopia is the last big prize in Africa – 100 million served by a telco. Safaricom, with Vodacom, Vodafone and financial partners, prefer to go for one of the two new licenses. The cost will be big to build a new network and for mobile money – Michael Joseph#SafaricomHYresults

Africa’s fintech industry is forecast to be worth more than $3 billion in 2020. Nigeria is expected to cement its title as Africa’s fintech capital, as investors show great interest in backing payments and other financial startups in their quest to bank Africa’s underserved and unbanked. In a single week in November 2019 alone, investors announced more than $400 million in investment rounds for various fintech firms across the continent led by the likes of Nigeria’s Interswitch and OPay.

Africans will determine the future of cryptocurrencies

In February 2019, a study by Hootsuite revealed that South Africa was first globally for the ratio of internet users who own cryptocurrencies. Twitter and Square CEO Jack Dorsey believes that Africa will play a defining role in the future of tech and cryptocurrency, especially bitcoin. Dorsey visited Nigeria, Ghana, South Africa, and Ethiopia in November 2019 and plans to return to Africa for a three-to-six-month stay in 2020. Three of the countries he visited — Nigeria, Ghana and South Africa — have shown great interest in bitcoin. From October 2018 to October 2019, Nigerians had the highest number of word searches in the world for “bitcoin”, according to Google Trends. South Africa and Ghana ranked second and fourth respectively on the list of the highest searches for the word “bitcoin”.

Sad to be leaving the continent…for now. Africa will define the future (especially the bitcoin one!). Not sure where yet, but I’ll be living here for 3-6 months mid 2020. Grateful I was able to experience a small part. 🌍 pic.twitter.com/9VqgbhCXWd

Regulating tech companies will be an important conversation in 2020, according to Techcabal. This conversation has been ongoing for some time but has been amplified with the rise of largely unregulated tech industries including fintech, crypto, ride-hailing and drone technology. Governments and individual industries could be under pressure to become more regulated in 2020.

Africa will be a major battleground for international e-commerce firms

The value of e-commerce in Africa is forecast to be worth $75 billion by 2025, according to consulting firm McKinsey. The battle for market share is already taking place with companies such as Jumia, MallforAfrica and Takealot catering to consumers across Africa. In 2020, international companies including China’s Alibaba and Germany-based international courier DHL are expected to enter the African market and provide competition to local brands, according to Techcrunch.

More Africans to access the internet than ever before

In 2019, there were around 525 million internet users in Africa, representing 40 percent of Africans. Efforts by Google, Facebook, and other tech giants are expected to boost connectivity across Africa and provide internet access to both remote and urbanized areas. Add to that the expectation that the cost of data will drop in major markets and you have a recipe for a record number of Africans online.