10 Most Dangerous Jobs In Africa 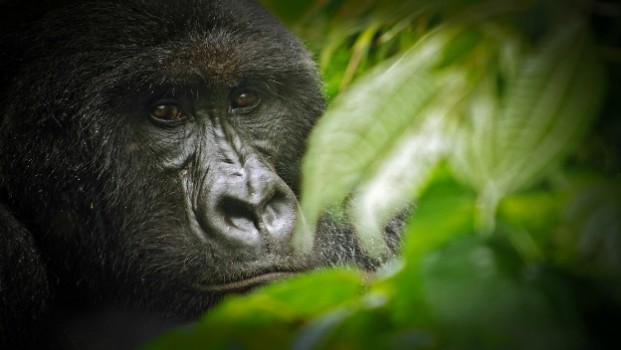 , many government in Africa are usually unable to inspect most of the workplaces to ensure that employers

are taking good care of their workers. Occupational accidents are common as companies flout safety regulations put in place by state agencies.

A research done by ScienceDIRECT

estimated that slightly over 54,000 fatal occupational accidents and about 42 million work-related accidents take place every year in sub-Saharan Africa. Even in countries withSTRONG

unions, like South Africa, there are still insufficient oversight to prevent these accidents from happening.

While not all jobs are prone to accidents, there are some that are a more susceptible than others. In this list AFKInsider looks at the top most dangerousJOBS IN

A farm worker in South Africa

According to South Africa’s farmers’ union,WORKING

on a South African farm is the country’s most dangerous occupation, with twice as many farm workers killed as police officers each year. And it’s not because of over-enthusiastic cows or dangerous machinery. Afriforum and the Transvaal Agricultural Union (TAU) reported that there were 67 farm murders over 277 farm attacks in 2014, which the organization believes is the highest figure since 1990.

A truck driver in northern Nigeria

Boko Haram in Northern Nigeria more and more truck and oil tanker drivers are getting killed every other week. It’s now one of the riskiest job to take in a country where unemployment is quite high. The situation is made worse by the bad roads that make it easy for the attackers to stop the trackers.

for 41 percent of all trauma patients at the main referral hospital in Kampala, Uganda. The actual numbers will be incredibly high considering with about 80,000 boda-boda serving as the main form

of transport in Kampala, there is estimated to be at least 800,000 unsafe trips taken daily.

(such as e-waste), bottles with chemical residues, metal containers with residue pesticides and solvents, sharps and other infectious wastes from hospitals, and batteries containing heavy metals.

A health worker in Guinea, Sierra Leone or Liberia

West African countries of Guinea, Sierra Leone and Liberia .  Out of the nearly 12,000 death from the virus at least 500 were health workers trying to contain the epidemic. There were at least 900 cases of reported infections among health workers in theTHREE

A construction site worker in Nigeria

In a 2006 study of 42 construction contractors inNIGERIA

, it was discovered that the best safety record was five injuries per worker andTWO

A miner in Ghana, Zambia and DRC

In many countries in Africa threats of injury and death, due to a lack of safety precautions and regulations, among miners are so prevalent. Many of the death are attributed to cave-ins or mine collapse.  In Zambia 87 death and 914 non-fatal accidents were reported between 2007 and 2011 from aPOOL

mine collapse in Ghana took at least 16 lives.

Being A UN Staffer in the Central African Republic

Earlier in 2015, two United Nations employees stationed in the new mission in the Central African Republic were abducted in the country’s capital Bangui. A war between majority Christians and minority Muslims has lead

to wanton killings in the country, which forces the UN to intervene. The two sides usually abduct a UN staffer to try and force the mission to support their side or yield to their demand.

A week doesn’t go by without news of an attack on the African Union forces trying to bring peace in war-torn Somalia. The Al Shabab Islamist militants, who are fighting to overthrow a western-backed Mogadishu government, often launch deadly attacks on the AU forces in the country and in several cases kill some of the troops.

A ranger in Virunga National Park

of the most beautiful places on Earth. And one of the most tragic. It is that corner of Africa where Rwanda, Uganda, and the Democratic Republic of the Congo come together. Straddling it all is the 7 800km2 Virunga National Park – Africa’s oldest proclaimed park (established in 1925) and one of our continent’s most important protected areas. Virunga is under constant siege – 12 different militias operate in the area. They compete

with each other for theEASY CASH

that can be made from the park’s natural resources: Lake Edward for fish, elephants for ivory, baby gorillas for bush meat, the forests for charcoal – especially the old-growth hardwoods from the Afromontane and Afro-Alpine forests. This is one of Africa’s treasure troves and, hence, one of its most toxic, and intoxicating, killing fields